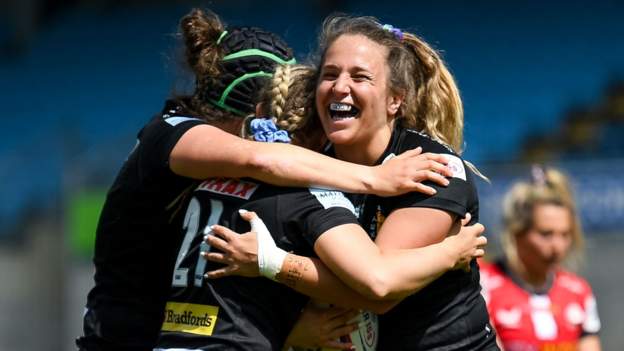 Susie Appleby, Exeter head coach, said that the team are aiming for a home semi-final following their win in the Premier 15s playoff.

Second place in the Premier15s table would be secured if they win their last game against Bristol.

Exeter is only in their second season since joining the league in 2020.

Appleby shared his thoughts with BBC Radio Devon, “I'm certainly not saying that we're perfect but we're becoming quite complete and a real challenge against which is really pleasant.”

“We've seen this game first, but we've also seen the games as a whole series.

“We wanted win today, we did that, next week we want to win and play at home in front our home crowd. That's what we'll do this week, fingers crossed that we can achieve that.” 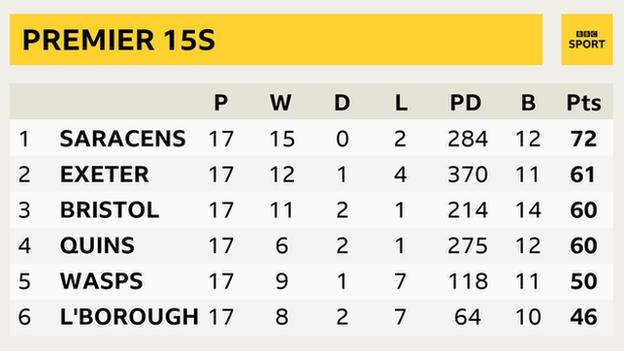 It was only the second loss in the campaign for Saracens (who were beaten finalists last year), but it was the second for former champions at Sandy Park in as numerous campaigns.

Appleby stated, “It is a really pleasant performance.”

We don't take away Saracens. They arrived here having secured a semi-home, so maybe there is a little psychological complacency.

“Sarries represent a very strong side. We know that they will go away and they'll work extremely hard to come home stronger if we meet them later in competition.

“They didn’t become a poor side. We put in an excellent performance on field. This is pleasing for us as we place a lot more emphasis on ourselves than the opposition.

“We did it today, and the girls deserved the scoreline that we achieved.”