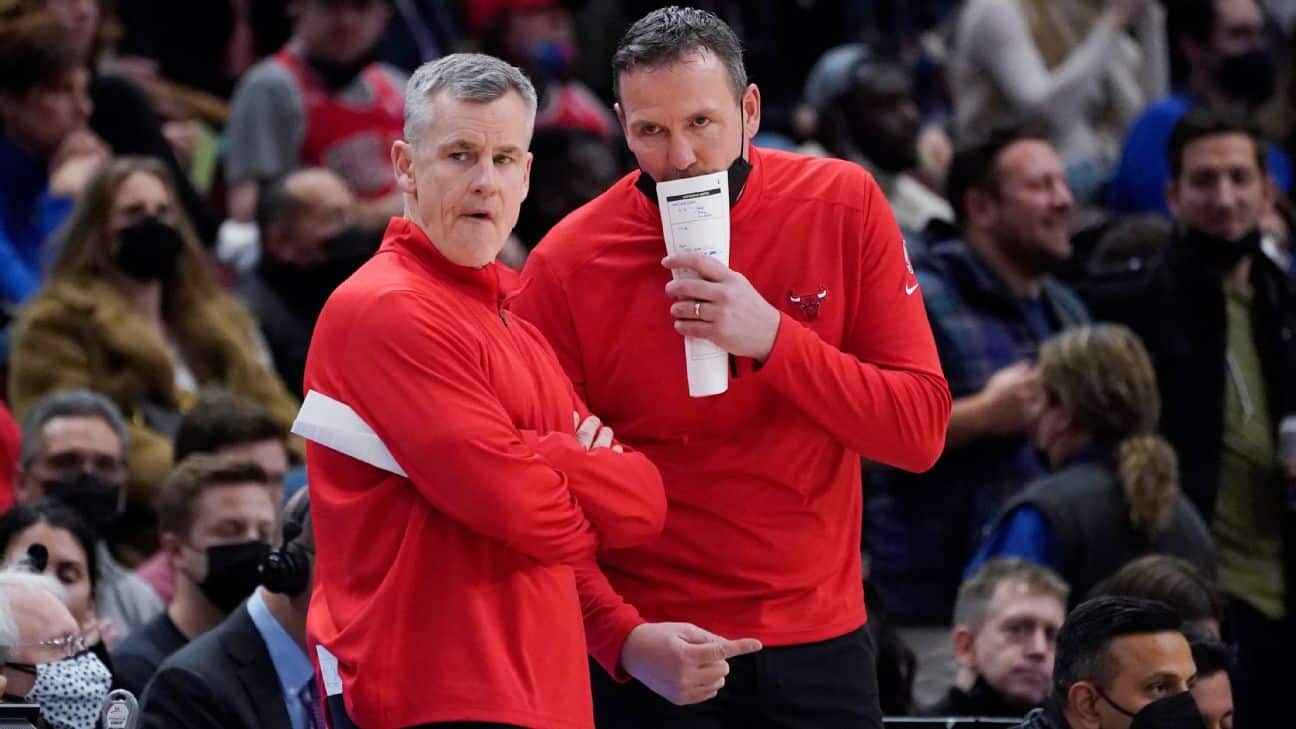 CHICAGO — Chicago BullsTwo assistant coaches will not be available for the playoff opener against The. Milwaukee BucksCoach Billy Donovan announced that Damian Cotter, Chris Fleming, and Damian Cotter had tested positive for COVID-19.

Donovan stated that the team discovered Friday morning that Fleming, Chicago's chief assistant, and Cotter had tested positive. He explained that they were feeling mild symptoms and won't travel to Milwaukee to play Game 1 of their first-round series.

Donovan said that it was unclear how long they will remain out. Game 2 takes place Wednesday in Milwaukee. Game 3 will take place on April 22 in Chicago.

Donovan stated, “One of my greatest joys and most satisfying things and it speaks to me and John Bryant and the staff that whether I was out or John Bryant out, we all have worked together and collaborated and everybody's kinda stayed involved.” “I knew that I tried my best to help others when I was out. Chris will help. Damian too will be there.

The December COVID outbreak caused many games to be cancelled and the Bulls were severely affected. Fleming served as the head coach for the five games Donovan missed after Donovan was tested positive for mild symptoms in late December.

Donovan stated, “I was fortunate,” adding that he discovered he had positive results while going to work out. “I know a lot people who have really struggled with it. It's really, really sad what people have dealt with. However, my symptoms weren’t too severe.

Chicago placed sixth in Eastern Conference at 46-36. This was Chicago's first winning record since 2015-16, when they went 42-40. The Bulls reached the playoffs for first time since 2017's first round knockout by Boston. They ended a streak of four consecutive losing seasons.