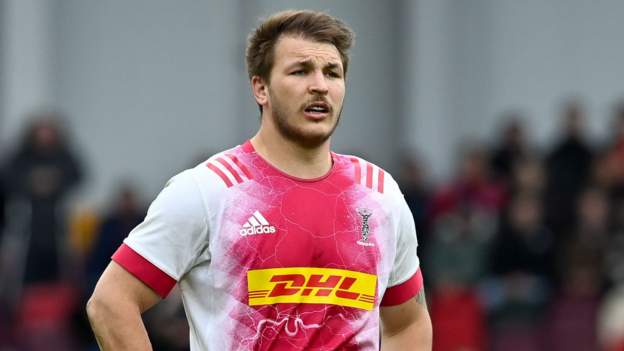 Andre Esterhuizen of Harlequins has been named the Rugby Players' Association's player of the Year.

Harlequins' South Africa international has scored eight attempts this season. They are aiming to retain their Premiership title during June's playoffs.

A poll of fellow players revealed that the 28-year-old had won the most votes.

Centre Esterhuizen joined Quins 2020. She has started all 23 team league matches this season and played an average time of 77 mins.

He said, “It's an amazing honour to win the award and to have it voted by all of the players and teams I've played against and with makes it even more special.”

It is something I am proud of. I am grateful to my family and team-mates, for all their support.

England's full-back Freddie Steward was named Young Player of the Year in Leicester, England, ahead of Quins flyhalf Marcus Smith, Henry Arundell of London, and Bevan rodd of Sale.

Steward stated, “It's a great honour to win an award voted by your peers. I feel humbled to have won, given the talent of the game.”