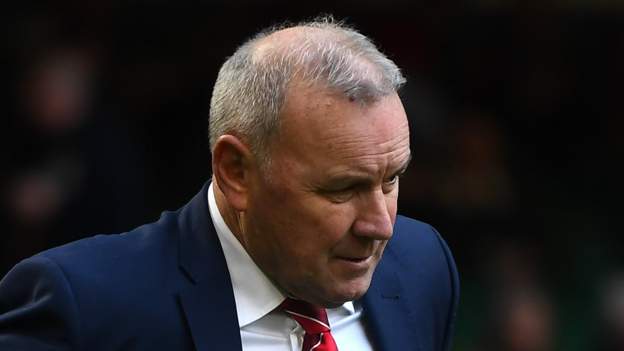 Wayne Pivac, Wales coach, said that he is aware of the significance of the final autumn international against Australia. He also stated that he was keeping his position under scrutiny.

Following the historic 13-12 defeat to Georgia, eight months after losing in Italy at home, Pivac's position has been put under scrutiny.

Wales hosts the Wallabies and he needs a win to secure his long-term position.

Pivac said, “We know there is a lot at risk.”

Pivac answered a question regarding whether his job would be at stake if Wales lost to Australia.

“What we do internally, is ensure that we prepare as well as possible. These sorts of things can get me sidetracked.

“At the end, it's our professional environment. We are aware that there is much at stake.

“We're ready to work this week to achieve the results everyone wants.

“It is very disappointing to be in such a position. The decision-making is largely in my hands as head coach.

“I don't shy from it. We look at what can be controlled.

“That's been every single day that we have come in this week. It maximizes how we get the team mentally and physically right.

“That's definitely been the focus of everybody this week. The players have given honest reviews and have gone out to train.

Pivac stated that the Welsh Rugby Union would conduct a review of the autumn series after it, which he said was a normal practice.

According to the New Zealander, he had spoken with top officials at the governing body in the week that followed the Georgia defeat.

Pivac stated, “It's just a standard, focusing only on the here-and-now.”

“We review campaigns only at the end of each campaign.

“So it's just normal things talking about what we're doing this weekend and how we can improve performance. Normal conversations we'd have.

“We have weekly communication in all camps and this week was no different.”

Pivac's record since replacing Warren Gatland at the 2019 World Cup has been 13 wins, 19 losses and a draw.

Some success has been achieved with the 2021 Six Nations title, and Pivac becoming first Wales coach ever to win a Test against the Springboks in South Africa.

Wales have lost eight of 11 games in 2022. They were defeated by South Africa, Argentina and Scotland.

Pivac's side started the autumn campaign with a New Zealand 55-23 defeat, but then recovered to defeat Argentina 20-13. This was followed by the Georgia humbling.

After watching Wales repeat the same performance against Italy earlier in the year, Pivac was open to criticism about their lack of consistency.

“If I were on the outside, and had all the information, and straight results, I'd ask the same questions.”

Wales will host the 2023 Six Nations on Saturday, February 4, at their home in Ireland.

Next September, Wales will open their World Cup campaign against Fiji in France. Then follow matches against Australia, Portugal and Georgia.

Pivac insists, despite all the chaos, that he continues World Cup preparations. He will be traveling to France on Sunday.

“There is always the big picture in background. Martyn Williams (Wales team manger) was in France [in the] Pivac said that these were the first days of the week.

“Things continue, there's been an important conference in London these last few days for chief executive officers and coaches that aren’t involved with matches this week.

“Things continue for World Cup planning in background. We are off to France this Sunday. This is the same as before.