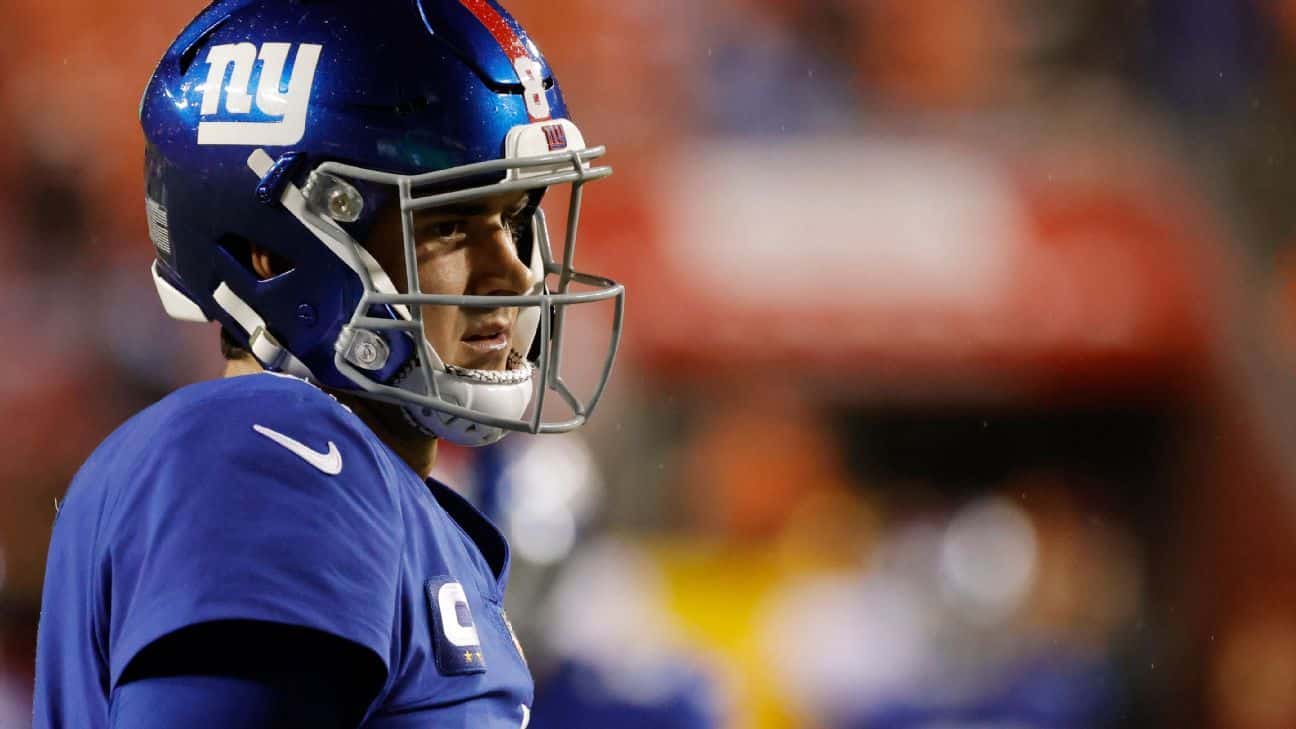 New York GiantsBrian Daboll is not the coach you want Daniel JonesHe is not letting up. He's instead encouraging a more aggressive approach, which encourages his new quarterback not to hesitate or fear making a mistake.

In particular, in practice.

Daboll stated, “Yeah, look. We want to protect the ball,” before the Giants' third OTA practice on Thursday. You can't play scared out on the field. You must be intelligent and not reckless. Let him know if he has the right read.

There will be some things that happen in every match. While the defense will make a solid play, it might result in a tipped football. The defense will have to be very careful with the ball, but I want him not to let it go.”

This is a significant change from the past few years when Jones had been tirelessly working to eliminate turnovers. This resulted in a more conservative approach, and less turnovers, especially interceptions. Jones was tied for 20th in NFL with 17 interceptions over the past two seasons.

Josh AllenDaboll in Buffalo was Allen's offensive coordinator. He threw 25 interception during this time, which is tied for second most among all quarterbacks. Allen also threw 75 touchdowns and was a candidate for MVP in both of his seasons.

“The truth was we were turning the balls over a lot. Jones has 49 total turnovers since joining the league in 2019, which tied Jones for third-most in NFL. But I don't know. “But I don't know. As a quarterback, it is important to be able do both. You have to be aggressive, take chances, and also protect the ball. The trick is to find the right balance, and that's what the best players can do. That's why I am always trying to improve the decision-making process.

Daboll isn't trying completely to reprogram his quarterback in his first offseason. He is simply trying to find a compromise that combines some of Jones' aggressiveness in his first professional year under Pat Shurmur with the more responsible version he displayed the past two years under playcallers Jason Garrett, Freddie Kitchens.

It's starting to show in spring practices. At Thursday's training, Jones threw a single pass deep down the field. Safety caught it. Julian Love.

Jones stated, “Yeah you never want interceptions.” Jones said, “But the idea to be aggressive. Get out there and take risks. Do something. Let receivers know that we are going to do it. We will give all the opportunities for you to make plays. And we trust you to make those plays. This is the mindset I believe he should have to attack a defense and attack downfield. You're an important part of that as a quarterback, decision-maker. He wants to practice that, and it's something we discussed.”

Jones doesn't make too much of it, though. Jones insists it isn't in stark contrast to the work he did with Shurmur, Garrett or Kitchens.

The hope is that it may yield better results.