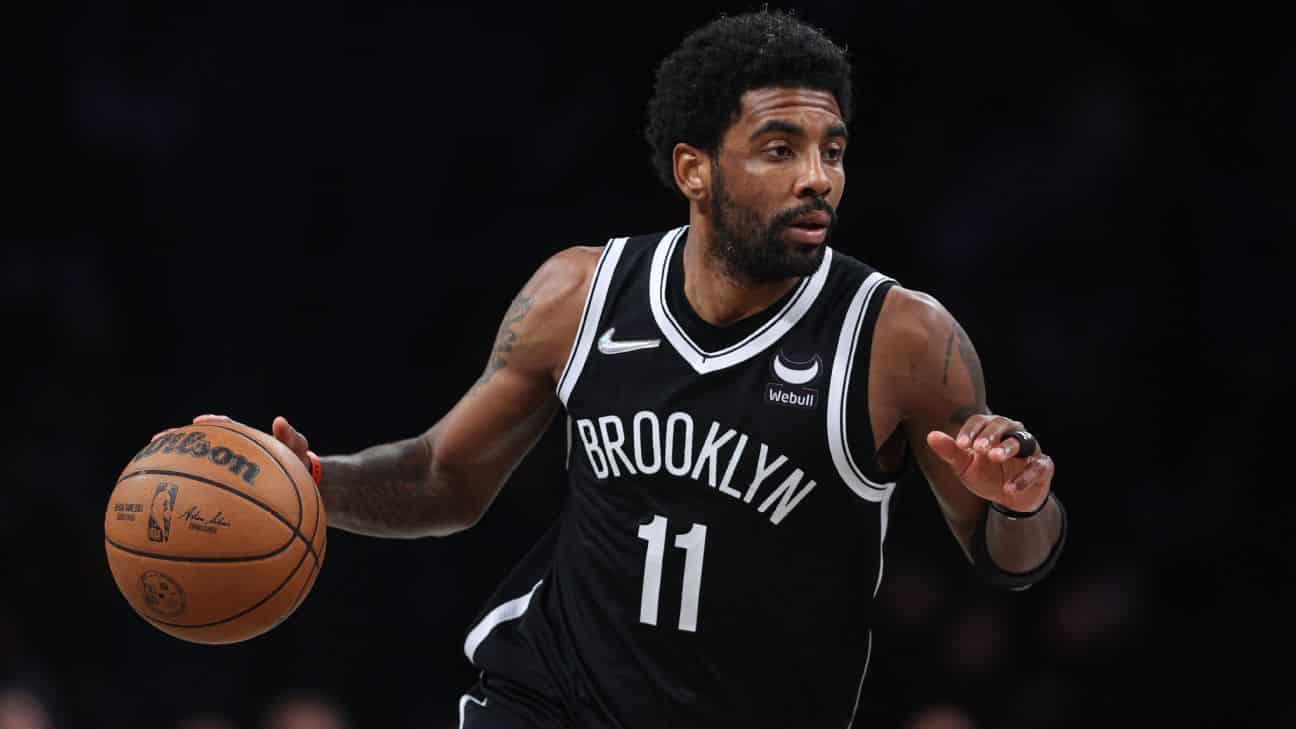 NEW YORK — Brooklyn NetsGuard Kyrie IrvingHe says that he doesn't care what others think about his decision to not get the COVID-19 vaccine and is confident that he made the right decision.

Irving said that Irving stood firm on the things he believed in and what he wanted to do about his body, after the Nets practiced Friday. “I think it should not only be an American right, but a human right.”

Irving's vaccination status has been a subject of discussion since New York City put into place a vaccination mandate before the NBA season. Irving made it clear that he wouldn't be receiving the vaccine and did not begin the season with the Nets as they didn't want to make Irving a part of their roster. Irving made his season debut against the Nets in a win in January 5 over the Thunder. Indiana Pacers.

Irving responded to being asked his message to those who have been following his story. He specifically said that he would tell people who recognize that he was entitled to take the position he did, but that it put his team in a less favorable situation, especially now that the playoffs are underway. The Nets will face the Nets in their Eastern Conference quarterfinal series. Boston CelticsFollowing a regular season in the which Irving's immunization status was hung over the organization, Irving was named the seventh seed.

Irving stated, “I cannot address everyone, but as time moves forward, I know I made the right choice for me.”

Irving stated that he is grateful for the support from the organization. When Irving was asked if he felt he could prove anything in the postseason, Irving replied that he did feel something after all the support he received after the first half of the season.

Irving stated that it was a wonderful feeling to be able to lean in on others during hard times, despite their roles or responsibilities in the organization. “And some people stood with me in public, while others stood by my side in private. And I'm fine with both. Some people disagree in public with me, while others disagree in private. Because everything was so fresh, it doesn't bother me as much now as it did at the beginning of the season.

Irving claimed that he was aware and conscious of all the commentary being directed at him as a result of his decision.

Irving declared, “I heard all,” Irving said, “I heard everything.” … It was part my struggle to see the season, a sport that I love, as my job. I provide for my family and my loved ones, so it was not possible to remove it from my life based on a mandate or some other thing that was in place.