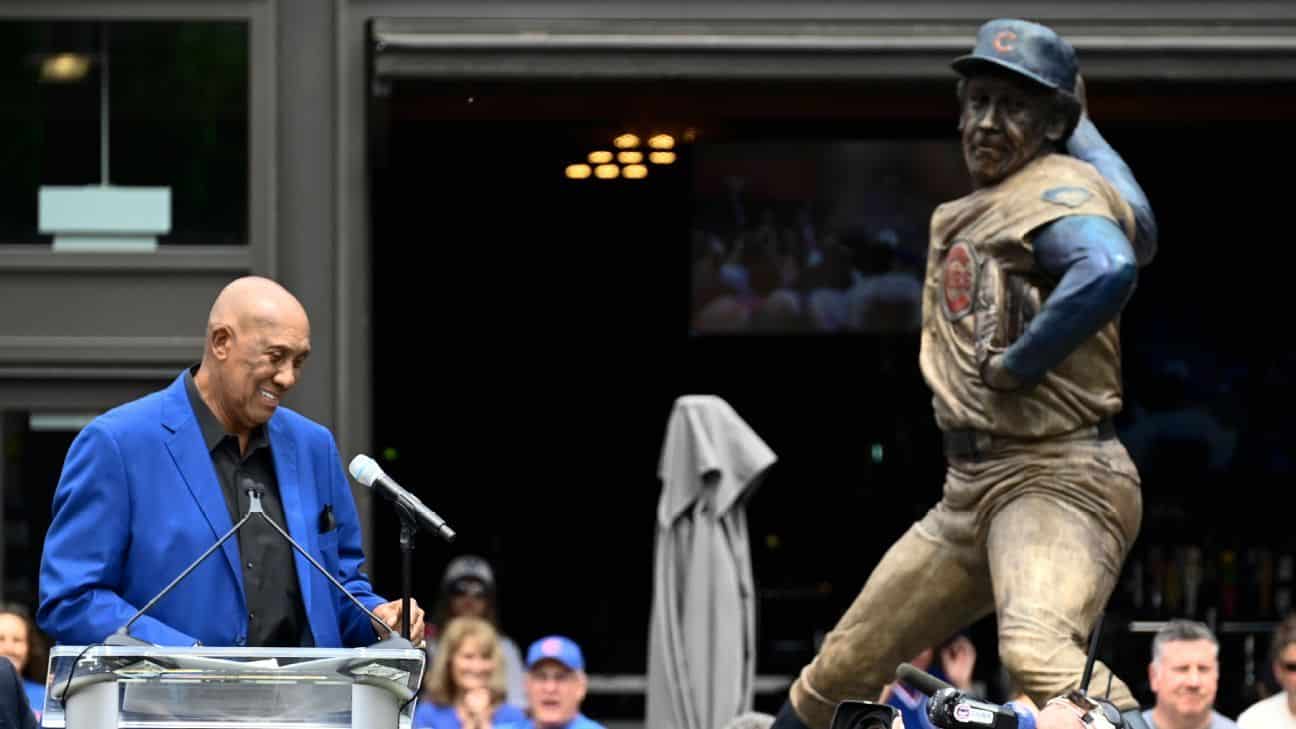 Jenkins, 79, was present with his family when the sculpture was unveiled alongside other great Cubs.

“The statue is beside my teammates, Ernie.” [Banks]Billy [Williams]Ronnie [Santo]Jenkins stated during the ceremony, “I'm humbled.” “Believe me, I'm humbled.”

These sculptures form part of a new “statue line” that is located just outside the third-base gate.

He's one 11th pitcher in MLB history to have 4,500 innings pitched. To go with his more than 3000 career strikeouts, he's also the only pitcher with over 3,000 innings. He was in the top six for Cy Young voting six times and won the award in 1971.

Davis Ross, Cubs manager, said that he was looking at his stats and saw the 20-win seasons. “They just jump off the pages to me.” “What an accomplishment to be able to get one!” [20-win season]among those who played in my playing era. Kudos to him.”

Ross laughed, “I think about how he might treat me if he took him out in either the fourth or fifth innings.”

Five of the 70 Hall of Fame living players were present for the event: Williams Williams Lee Smith, Ryne Sandersberg, Williams, and Andre Dawson.

Below the Cubs offices are now the statues of Santo and Williams, Banks, Jenkins, and Banks.

Jenkins was an athlete in multiple sports and also played with the Harlem Globetrotters during offseasons. In his school years, he played hockey and was a letterman in track and field. His greatest performances were on the mound where he will always be remembered outside Wrigley Field.

“I want you to know how much I appreciate your kindness.” [ownership]Jenkins expressed gratitude to Ricketts family and for the statue. “And now my dream has come true.”