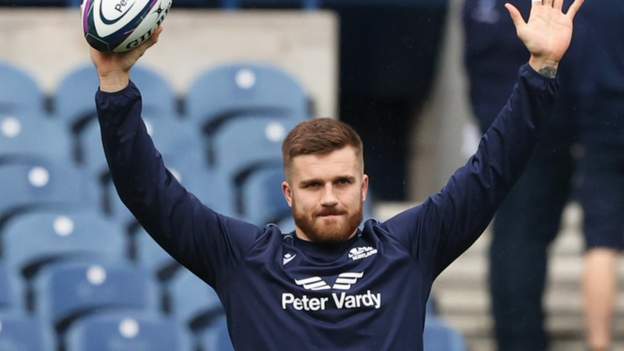 Three uncapped players make up the Scotland A side that Luke Crosbie, flanker, has selected for Saturday's South American tour opener against Chile.

Ben Muncaster begins in the back row, Matt Currie is at centre and OllieSmith at full-back.

In his fifth year, Wing Damien Hoyland visits Scotland for the first time.

Crosbie from Edinburgh, whose only Scotland cap was against Tonga last season, is leading the team in Santiago, before Gregor Townsend’s side take on Argentina in a three Test series.

Because the Chile match falls outside of the international window, the English Premiership players from Scotland are not available.

The game will be used by the hosts to prepare for the World Cup play-offs against America.

After an 18 month contract extension, the board unanimously approved Mark Dodson to remain as chief executive of Scottish Rugby.

Dodson is the chairman of the company for 12 years. John Jeffrey, chairman, said that his track record speaks for itself.

Jeffrey stated, “As the board enters what is likely will be a time of significant change as well as some uncertainty, the board unanimously approved to ask him for an additional 18 month term.”

“We are proposing to change the structure of Scottish Rugby through our governance review. This is likely to take some effort.

“The executive group, led by Mark will be critical in helping make this happen. It's important that we can have continuity as the work progresses and share our experience and expertise.