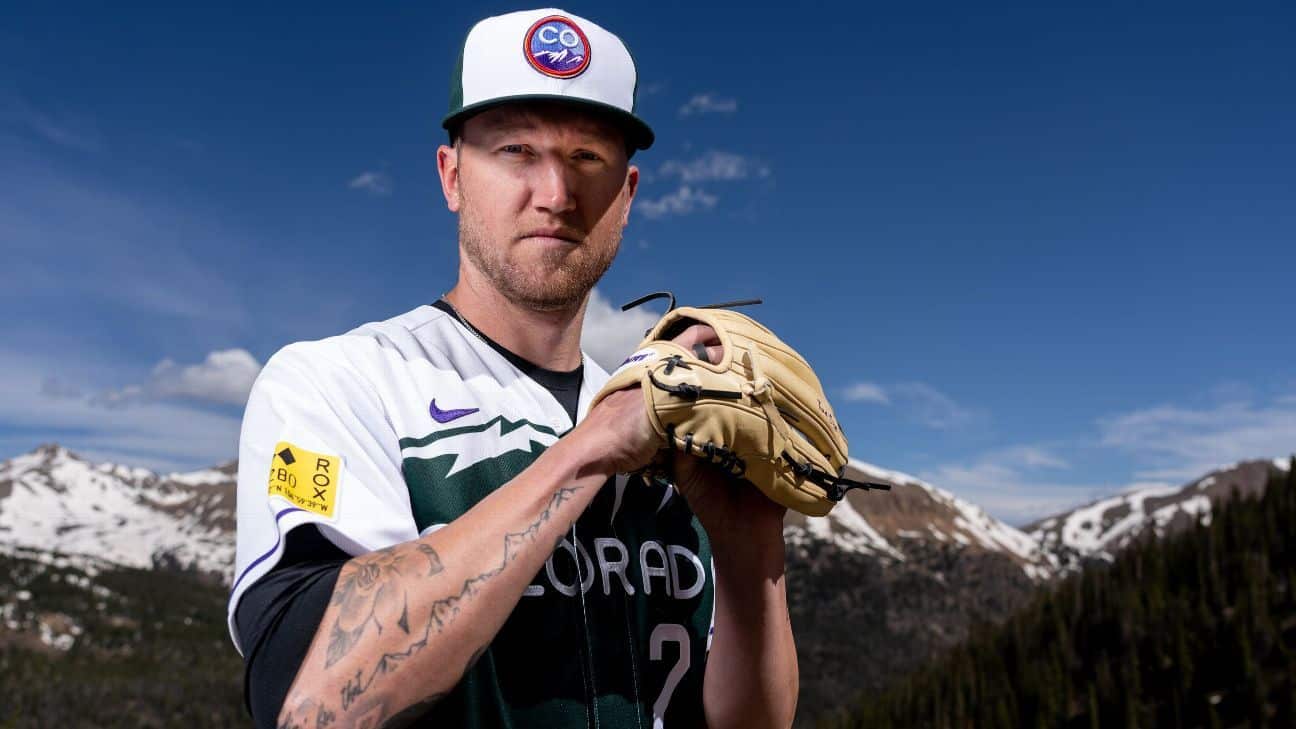 The Colorado Rockies The uniforms for City Connect, which were inspired by Colorado's pine trees and mountains, have been revealed.

The Rockies will unveil the new look on the field on June 4, against the Atlanta Braves.

The uniforms feature the Rocky Mountains across the jersey in pine green with purple piping along the sleeves. On the chest, “Colorado”, in the same font as the state's license plates, is written in the same unique font. The uniforms also feature a yellow patch that features the mile-high elevation of the city, the longitude/latitude of Coors Field, and black double-diamonds as a tribute to extreme skiing.

“We wanted it to have a Colorado look. There were other ideas, going wilder or crazier than this. But we thought this would appeal to not only our younger fans but also to our older fans,” stated Jim Kellogg, Rockies vice president. It's clean, classic, and people associate Colorado with it when they see a Colorado baseball game.

Also included are a set of uniforms with pine green pants and a new logo made of the Rocky Mountains and the CO abbreviation for Colorado. The logo is composed of red (representing the color of the soil) and gold (“representative of the state’s sunshine”).

Kellogg stated that the Rockies had considered three additional concepts for the future.

Kellogg stated, “If you think about the city and state, you will see how beautiful it is with its lakes and snow.” “There's the history of Union Station and downtown Denver. We could have used many colors and concepts, but this one was right for us.

While the uniforms are a departure of the purple look the team used throughout their history, it won't be leaving the team anytime soon.

Kellogg stated that the purple jersey was a symbol of our club. “The purple pinstripes are a key part of our club's identity since 1993 when we began. It's a great place to be right now, and I think the additional uniform will work well within our existing set.