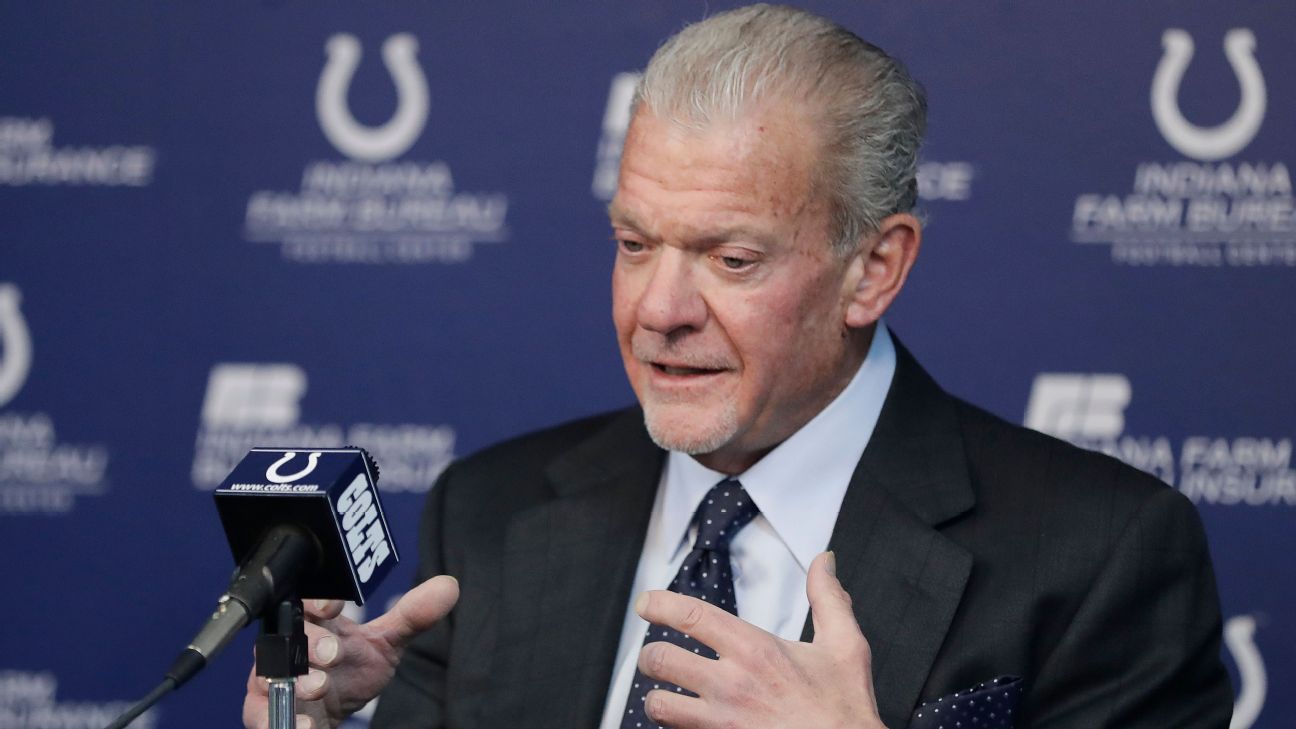 INDIANAPOLIS Indianapolis Colts Jim Irsay, owner of the team, responded to ESPN's recent comments about how he handled Frank Reich's coaching transition and firing. He said that it wasn't personal. It's not personal.

Irsay's comments were partly prompted by statements by Philadelphia Eagles Former Colts assistant coach and Reich mentor, Nick Sirianni, was caught on video shouting into the Lucas Oil Stadium crowd “That s— was For Frank Reich!”

Sirianni stated in his postgame news conference that he didn't want to reveal what he thought of whether he should be present or not. But, you guys can probably picture what I really think.”

Irsay was also bothered by the portrayals of Jeff Saturday's decision to hire Jeff as an interim coach. He offered strong defense of his decisions regarding the coaching transition.

Irsay stated that Frank is a dear friend to my family and all of my daughters. “We have a long, long history. Frank is very dear to me, and I have known Frank for many years. He is like family to me.”

Irsay stated that he has been in this business for more than 50 years and that he had never granted a coach a two-year extension. “But [I did it] because of his closeness to him and our families, and because it was something I hoped would help him in his position as well as his belief.

Irsay used the example of the Colts' decision after the 2005 season to let go of running back Edgerin James because of the tightening salary-cap, and said that this decision was similar to the one to fire Reich.

Irsay explained that Edgerrin was not going to sign a contract. He asked me to present him to the Hall of Fame, because people get it. Because I don't know the exact place of any personal information in relation to the organization, I think it needs to be clarified. It's your responsibility to make the right decision for the franchise. It is not personal.

In some circles, the decision to hire Saturday, who had never been a coach above high school, was widely criticized. Irsay also resisted the criticism by stating that Saturday's hire was an exceptional situation.

Irsay explained that Jeff was an extremely unusual person and that he was in a unique position to have the qualities to be able to make this transition. It will be hard most of the times. Would I be able to make another hire like this? It's unlikely. If I had the fortune to live 75 years, this would be a rare occurrence. It was rare because of the circumstances.

Irsay specifically refuted the idea that he hired Saturday as an ESPN analyst and Colts consulting because of their relationship or his past status as a Colts football player.

He said, “It was not my intention to pick up the telephone and hire Dallas Clark or Dwight Freeney.” “No, they wouldn’t be ready.”

Irsay responded to questions about whether the direction of the team had changed under Saturday's leadership — the Colts are 1-1 after his hiring — and he had lots to say.

He stated, “The trajectory's been changed.” “People can tell their stories, and all the rest. After winning the Las Vegas game, we were able to win a hard-fought victory. [previously] Being unable to compete. We enter play against a team likely to win an NFC championship. [the Eagles] Only a remarkable quarterback.

People believe Jeff would be a miracle worker. What kind of delusional trip did they go on? They know their story, and they won't let anyone change it. They will eventually. They'll see the light. All we can do is keep our eyes on Pittsburgh. Then, when the offseason hits we'll conduct a serious and focused interview process. Which I'm looking forward too.”