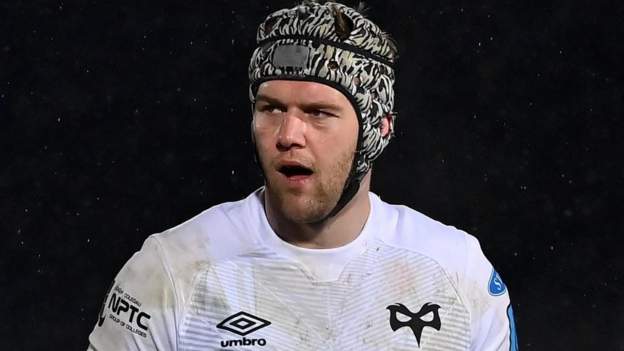 Dan Lydiate, a veteran flanker for both the British and Irish Lions and Wales, has extended his contract by one year to stay at Ospreys until the 2022-23 season.

Lydiate was able to return from a long-term injuries late in 2021-22 and help Ospreys qualify next season for the Heineken Champions Cup.

The form of the 34-year old earned him a recall for Wales’ three-Test trip to South Africa in July.

Lydiate stated, “The focus is now to get back at my best.”

Lydiate was a grafting member of Dragons’ back row and became Wales' established blind-side. He joined Racing 92 in 2013. His stay was ended in 2014 with a move from Ospreys.

At that point, he was already playing in the Lions Test in Australia 2013. However, injuries have hindered Lydiate’s progress over recent seasons.

He returned to form and exercise with some impressive Ospreys displays to win a recall to the 2021 Wales Six Nations. However, he was ultimately defeated. major leg injury in Wales' opening win against Ireland.

Lydiate has fought back to earn Wayne Pivac's approval to take Wales to the Test against the Springboks again this summer.

Lydiate stated, “I just want the joy of playing again and to get back out there with my boys.”

“We've had a few difficult seasons here during my time as an Ospreys player, but things are really moving forward here with Heineken Champions Cup qualificiation for a second season.”

He also thanked Ospreys for helping him recover. “Getting back on to the field was my main focus this year and I am grateful for Ospreys support in strength and conditioning as well as medical for getting me back playing.”

Toby Booth, Ospreys head Coach, stated: “Dan’s resilience and determination for getting back playing after his injuries has been well documented.

“His leadership qualities and the standards he sets both on and off the field have been acknowledged by his recent call up for Wales.