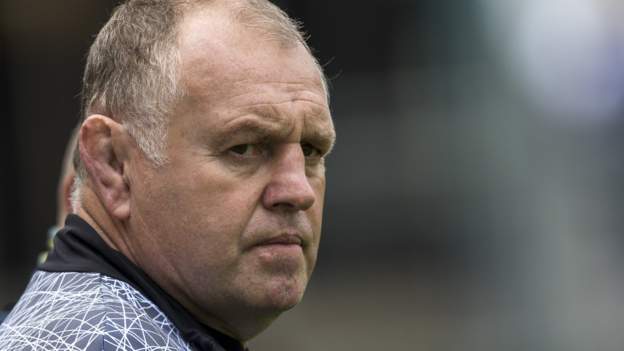 At the end of this season Dean Richards, director of rugby for Newcastle Falcons, will retire after a decade-long tenure at Kingston Park.

Dave Walder will succeed Richards. He was expelled from the Falcons for his involvement in the shooting. ‘Bloodgate' sagaWhile at Harlequins.

The Falcons reached the top four play-offs for 2017-18 under the guidance of the 58-year old, and he was awarded the European Champions Cup rugby.

He will continue his part-time consulting role with the club.

Scott MacLeod, Micky Ward, and Mark Laycock will continue to be coaches. It is also expected that Mark Wilson, former England back-rower will join the team.

Richards could be retiring from coaching if this was his final post. It would mark the end to a long and successful career.

Richards retired from the game as England's number eight, and he took over as coach at Welford Road. He was equally successful in winning four Premierships, and two Heineken Cups.

His guidance helped Quins to be revived after a time in France with Grenoble. He raised them from the Championship, and turned them into title contenders.

After Tom Williams took a blood pill to replace a tactical injury, the ‘Bloodgate” scandal led to his job being suspended.

However, he returned back to Newcastle and helped revitalize the club. He also helped the careers of several internationals like Wilson, Jamie Blamire and Trevor Davison who were all capped in England during his tenure at the helm.

The 2017-18 season was the club’s best since 1998 when they won the league. A fourth-place finish and Champions Cup qualification were achieved.

Although the club was relegated after a season, they were promoted on their first attempt. Premiership rugby has been maintained ever since.