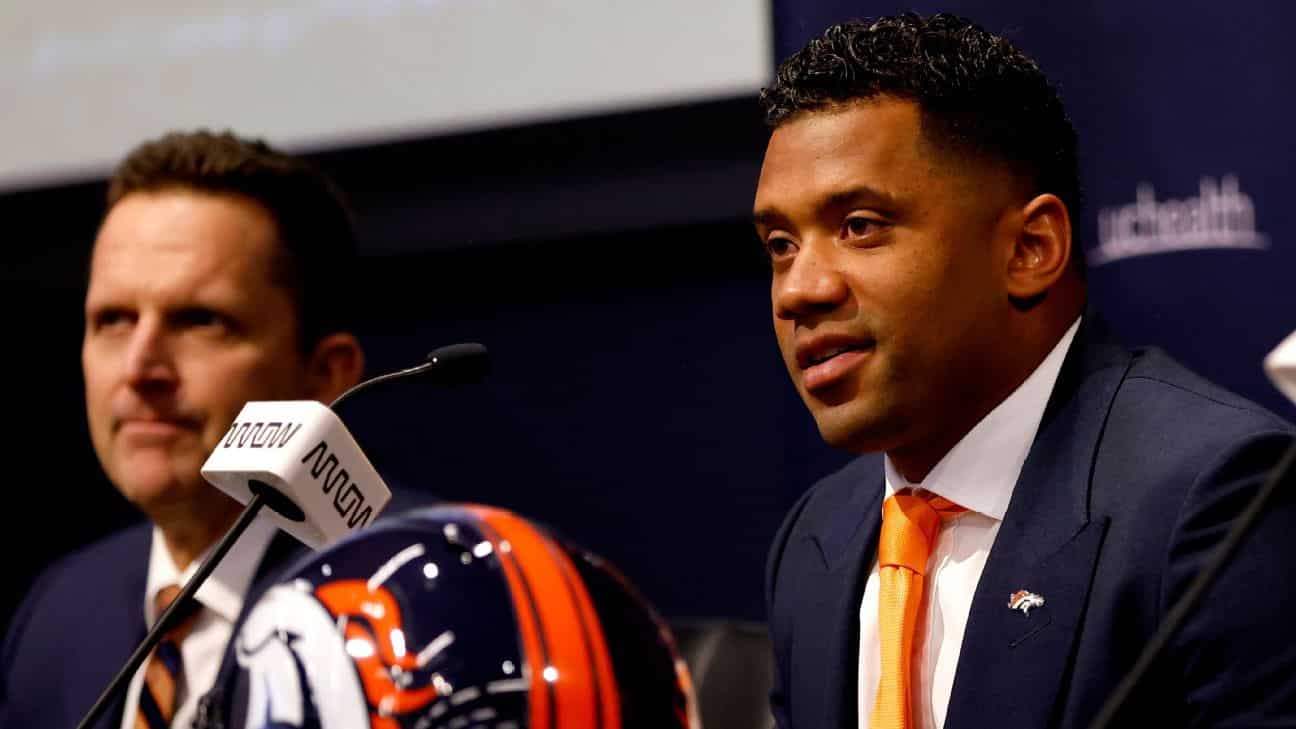 ENGLEWOOD, Colo. — Denver BroncosGeorge Paton is a general manager and sometimes misses his No. 1 round pick. 9th overall — in next week’s NFL draft. But he quickly recalls what he now has Russell Wilson at quarterback.

The Broncos must wait until the final pick of the second round — No. 64 overall — in order to make their initial selection.

“It is difficult to wait so long. … Paton stated Friday, “I know I'm going get jumpy,” “… Then, when I look at the press conference and see our quarterback throwing to these receivers I feel good. Because our franchise quarterback brings it every day, I feel confident that I will feel good about Week 1.

The Broncos had their last first-round pick in 2012, when they signed Peyton Manning.

The Broncos were taken out of the draft in this and next years's first rounds. But they got Wilson, a Super Bowl champion who will give them the kind of cache Manning left behind after winning Super Bowl 50.

Paton felt it was worth it, even though it meant he would have the premium picks that he says he wants.

Paton stated, “It's an honor.” We love first round picks. We enjoyed the second round. We also love the franchise quarterback who sets the tone for every day. He's always working when I arrive. He's amazing for a reason.

“… “There's no pain in this. We'll be watching Russell Wilson highlights on the first day of the draft.”

Paton also joked that his phone was ringing lately about potential trades. He said that since there were only four picks for the 2023 draft at the moment, he might consider making one or two moves next weekend to add some picks.