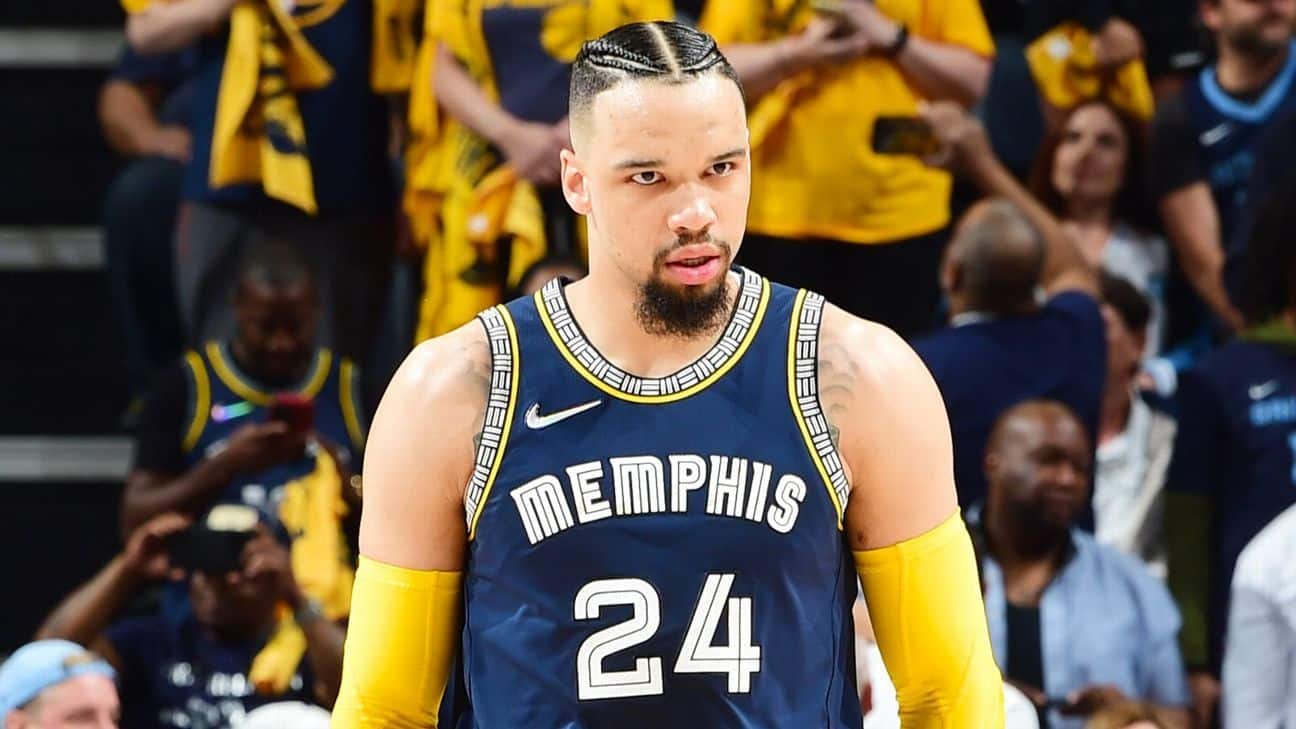 MEMPHIS, Tenn. — Memphis GrizzliesForward Dillon BrooksThree minutes after the start of Tuesday night's match against the, he was dismissed Golden State WarriorsFlagrant offense 2 Gary Payton IIThis was the second consecutive game in the second-round series where a starter was expelled for flagrant 2.

Brooks was following Payton behind on a fastbreak layup and when he struck the Warriors guard in his head in the air at 9:08 in the first quarter. Payton was unable to stand up and continued to fall for several minutes. Brooks was dismissed after officials examined the play.

Payton was examined by X-rays at his left elbow. The Warriors stated that Payton's return will be determined.

Steve Kerr, Warriors coach, was angry at Brooks for his foul and shouted at the officiating staff. Kerr could be heard screaming at Brooks when Brooks was ejected.

Just 14 seconds later, Warriors are moving forward Draymond GreenHe was also ejected from the first game of series and ended up on the ground in pain. He went to the locker room for treatment and was then seen whacking his middle finger at the Memphis crowd.

Kerr and his Warriors team were defeated in Game 1, when Green was fouled 2 by officials. Brandon ClarkeAfter review in the second half. Kerr was the one who ejected Green. Stephen CurryThe officials were yelled at.

Green later stated that he believed his expulsion was due to his fame. Green was cheered by Memphis fans right from the beginning of Game 2.