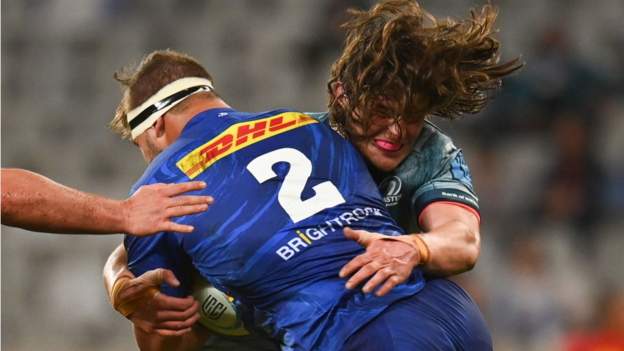 Organisers have revealed that five South African club sides will be competing in European competition next year.

The Champions Cup will feature the Stormers, Bulls, and Sharks who were second, fourth, and fifth respectively in the United Rugby Championship (URC).

The Challenge Cup will feature the Lions (12th) and the Cheetahs (never having played in the URC) have been invited to the event.

Dominic McKay (CEO European Professional Club Rugby) said, “This is a critical step forward in bringing into life our vision for growing the game and organizing tournaments. We will continue to deliver strong returns to our leagues and create a high standard of mouth-watering matches and entertainment for our fans.”

The EPCR claims that the arrangement will be valid for next season “and beyond”.

When they were confirmed as eligible for European competition, the eligibility of the Sharks, Stormers and Bulls and Lions was also confirmed took places The URC rebranded last year and included the Irish, Welsh, Scottish, and Italian teams.

The quartet took over the Kings and Cheetahs who were the South African participants in Pro14, the tournament's former incarnation.

The South African Rugby Union is trying to align with Europe.

South Africa's club teams have ceased playing in Super Rugby in 2020 against Super Rugby-playing nations from Australia, New Zealand, and the Pacific Islands.

Internationally, the Springboks are committed to the Rugby Championship. reported to be exploring the possibility of joining the Six Nations.

“We now have the opportunity to also rub shoulders with top clubs from England, France in two other competitions which have captured the imagination of rugby fans around the world for more than 20 years,” stated Jurie Roux, chief SARU.