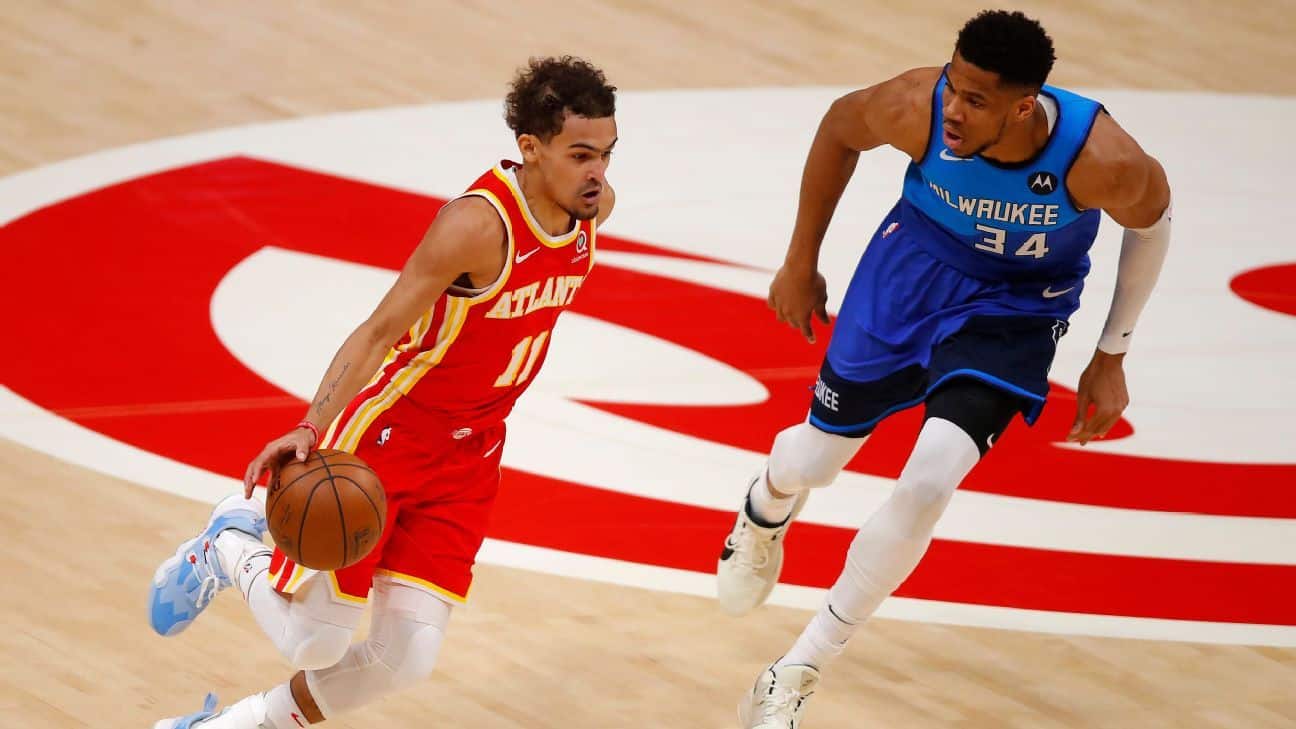 Antetokounmpo is listed as doubtful for Saturday's game due to his hyperextended left knee. He sat out Thursday's win that gave the Bucks a 3-2 series lead, and sources have told ESPN's Adrian Wojnarowski and Zach Lowe that a timetable for Antetokounmpo's return is unclear.

The two-time MVP did travel with the Bucks to Atlanta, according to ESPN's Malika Andrews.

Young has sat out the past two games with a bone bruise in his right foot, suffered when he stepped on an official's foot along the sideline during Game 3. Hawks interim coach Nate McMillan said there was no update on Young's availability earlier Friday.

“If Trae could play, he would be out there,” McMillan said. “It's both medical and Trae giving us feedback as far as him being able to play in the game. It's not anything that's long term. It's just he has had pain that is not comfortable enough for him to go out there and feel that he can help the team.”

Hawks guard Bogdan Bogdanovic is listed as probable with right knee soreness, though he has yet to miss a game this postseason with the ongoing issue.

The Bucks would earn their first trip to the NBA Finals since 1974 with a win Saturday.