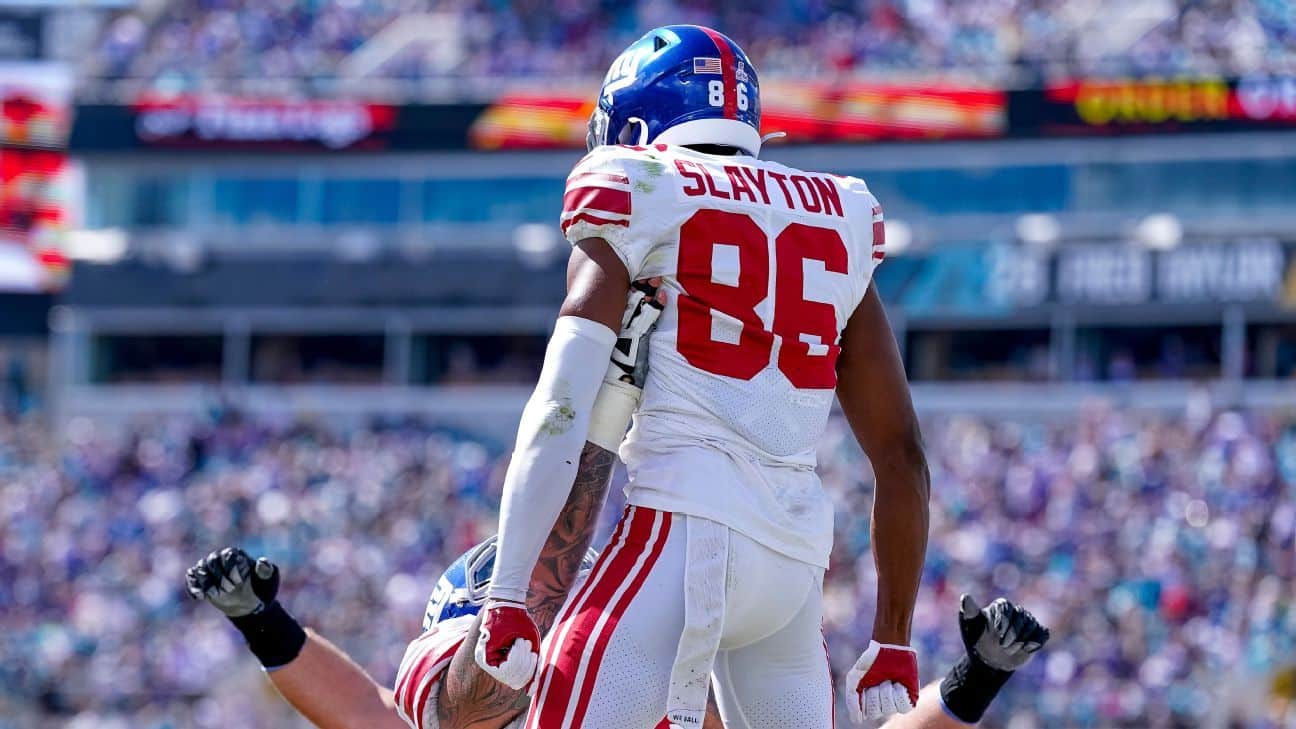 DALLAS — New York Giants It took a 10-to-7 lead over the Dallas Cowboys Acrobatic leaping grab of a wide receiver in the first quarter helped to get us into the second quarter Darius Slayton at AT&T Stadium.

Quarterback Daniel Jones According to NextGen Stats, Slayton launched a pass 52.5 yard down the right sideline. Slayton leapt directly over cornerback Anthony Brown On a second-and-4 at midfield, a remarkable 44-yard catch was made at the Dallas 1-yard line.

OHHHH, WHAT A CATCH!!

Two plays, one after Slayton's catch and running back Saquon Barkley The Giants scored a 1-yard goal when he rumbled up to the middle. The Giants had a three point lead at 9:28 in quarter 2.

According to ESPN Stats and Information, Slayton's catch was Slayton's first completion of more than 40 yards of air this season. They made their first attempt at such an attempt in the first quarter, when Jones and Slayton failed on a similar play to the right sideline.