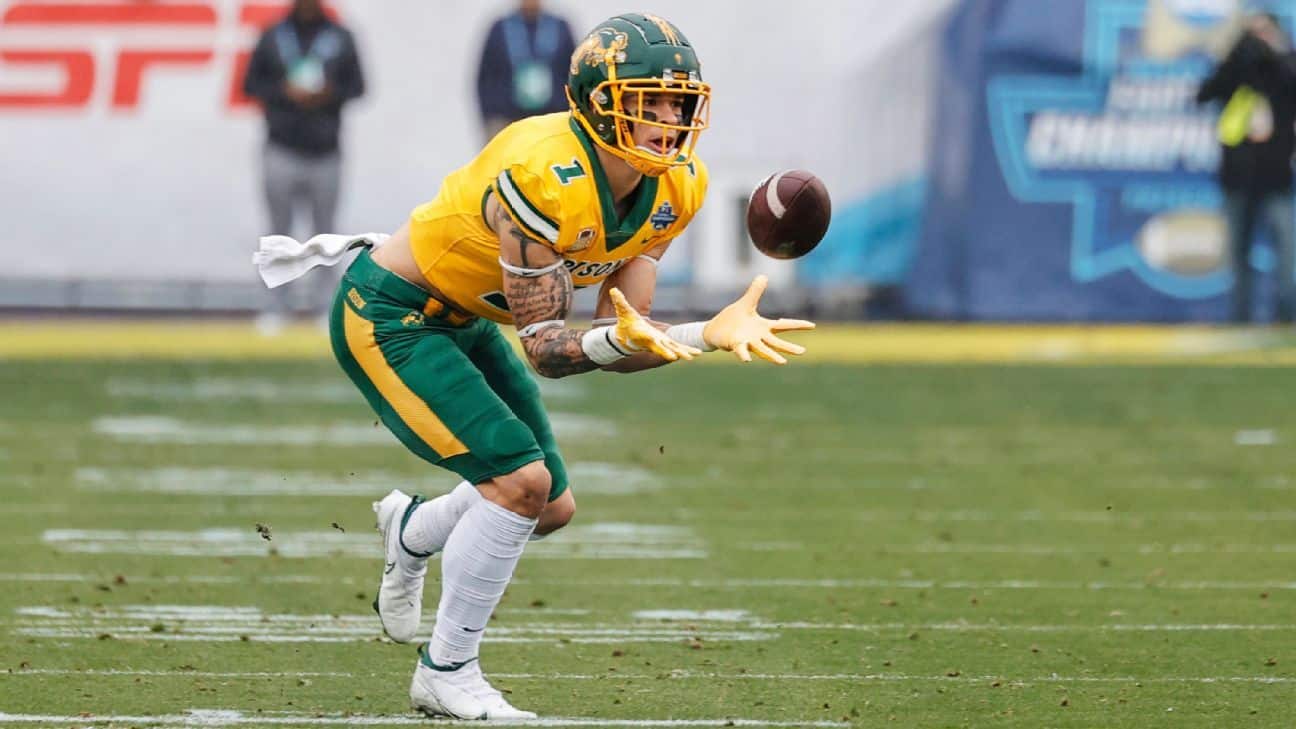 GREEN BAY WIS. — While it isn't a first-round receiver. Green Bay PackersIt's the next best thing.

The second-best thing is actually the best.

Brian Gutekunst was the Packers general manger. He ran the team’s streak of not draft a receiver in their first round to 20-years on Thursday. Gutekunst didn’t wait long to make his move on Friday. He sent his two second-round picks (Nos. 53 and 59 to the rival Minnesota VikingsFor the 34th overall selection to take North Dakota StateReceiver Christian Watson.

Watson was the seventh pick in the draft and the first to be selected on Day 2.

Adams, who had wanted to leave, was traded by the Packers to the Las Vegas Raiders. The trade with Las Vegas included the 53rd pick and No. 22 overall. Green Bay also lost receivers Marquez Valdes-Scantling Equanimeous St. BrownFree agency