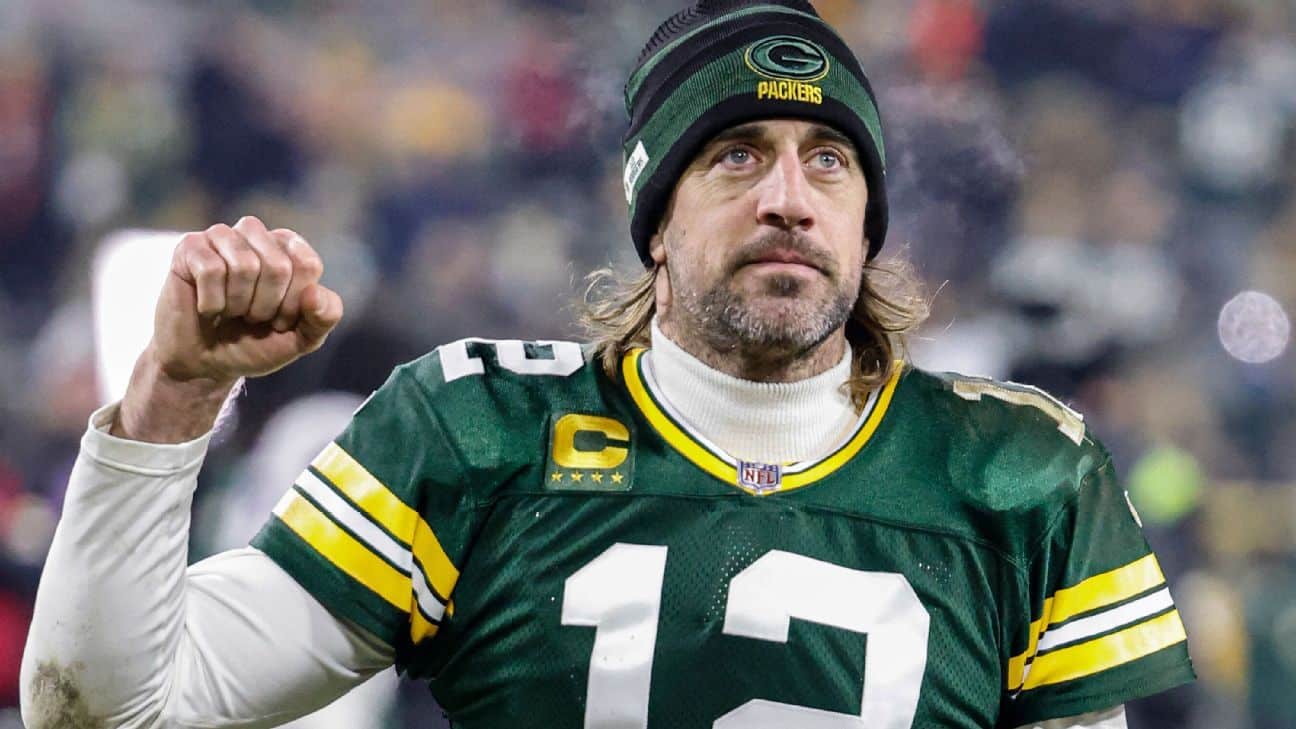 Aaron Rodgers It has not been with Green Bay Packers This week, the start of organised team activities will be announced by coach Matt LaFleur.

LaFleur opened the possibility Rodgers could participate in some OTAs but stressed that this was voluntary and Rodgers had to decide whether they wanted to go.

Rodgers is expected to attend the June 7-9 mandatory camp; he previously indicated on The Pat McAfee program that he would attend, but also that he could come to Green Bay to take part in some of the OTAs.

Tom Clements, Packers quarterbacks coach, stated last week that Aaron does not need reps at this point in the year. Although it would be great to have him there, he has seen the same things 1000 times so he will be ready for training camp.

On Monday, the Packers opened OTAs and made their first session available to reporters. LaFleur stated that he spoke with Rodgers Monday night, and reported that Rodgers was “in great spirits.” He stated that they discussed “tweaks to offense” for the season.

Rodgers surprised the Packers by visiting Lambeau Field last month during the conditioning phase. He even participated in some of those drills. He was visiting Wisconsin to watch a Milwaukee Bucks playoff match.

Clements said that Clements would be ready to go and excited to go. He's at a new stage in his career, taking care of himself and focusing on the things he feels he needs to improve. He was looking good when I met him.

Rodgers skipped the entire Offseason Program, including mandatory minicamps, last year as he contemplated his future. Rodgers signed an extension to his contract worth $150 million for three years in March.