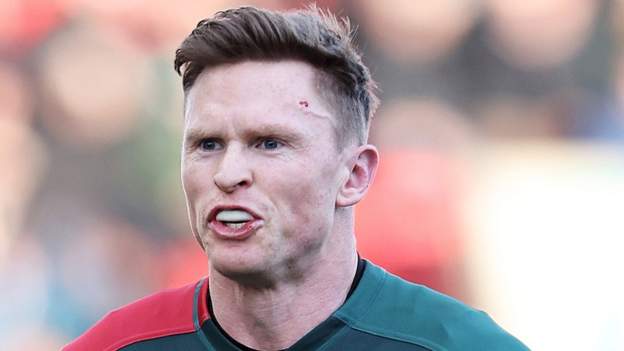 Wing Chris Ashton is back as one of five changes in the Leicester XV's starting lineup that held a 19-point advantage in the Champions Cup match with Clermont-Auvergne.

South African number eight Jasper Wiese falls to the bench, while Ollie Chessum moves back to the lock's back row.

Jack van Poortvliet is still the Scrum-half and keeps Ben Youngs in his place.

Van Poortvliet will take on 18-year-old talent Baptiste Jauneau. This is Jauneau's first appearance for Clermont.

Jauneau, the starting scrum half for France's Under-20s in all five of their Six Nations match matches at an earlier date, was Jauneau.

Tomas Lavanini remains sidelined from a neck injury, so there is no way for him to return to Welford Road.

Wesley Fofana continues to work in the centre, while George Moala continues in the middle. Number eight Fritz Lee is ready to start, despite having his head cut in the collision. saw Porter sent off in the first leg.

In the next round, Connacht and Leinster will be played as the winners. Leinster, four-time winner, won 26-21 in Galway during the first leg.

They have a message

“We are able to see the class, experience, power and class they have in their squad. We also know that they will arrive at Leicester with a strong gameplan.

Jono Gibbes is an outstanding coach and knows what it takes for success, especially in the Heineken Champions Cup.