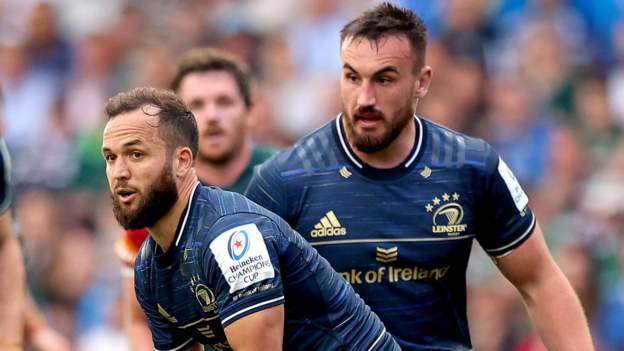 Leo Cullen is the Leinster head coach and has kept his team unchanged for their Champions Cup semi-final match against Toulouse in Dublin.

Tommy O'Brien is replaced by Ciaran Frwley on the bench. This is the only difference from the 23 that beat Leicester 23-14.

Mallia was sent off in the first leg against Ulster, and missed the dramatic penalty shootout win by Munster.

Delibes, along with Maxime Medard who has been dropped from the matchday squad, is now replaced by him. Martin Page-Relo as well as Zack Holmes are the only backs for the visitors' bench.

Five-time winners had a mixed day against Munster, with Munster dominating the first stages and Munster failing to control the rest after the break.

Toulouse will be facing Leinster as the third Irish province to block their way. The previous round saw them face off against Munster and Ulster.

Leinster's victory at Welford Road was helped by a quick start. Cullen places his faith in a highly experienced line-up that includes 13 Irish internationals.

Jimmy O'Brien will be making his 50th competition appearance, joining Ross Molony as the only starter with no Ireland cap.

Frawley is back in the squad, with Tommy O'Brien out for the rest of the season after sustaining an ACL injury this week.

Leinster won the Champions Cup last four years ago, and they have not been to the final since 2019, when Saracens beat them.