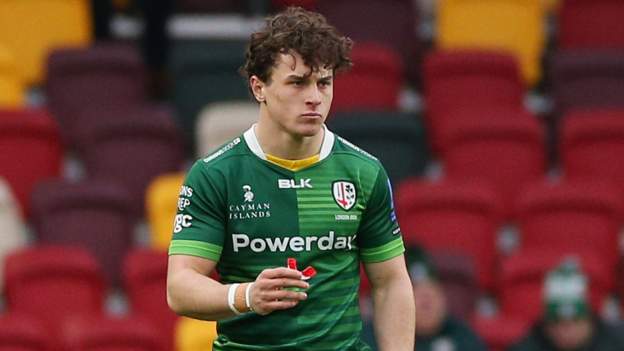 Arundell was 14 years old when he joined the club’s academy. He made his first-team debut last November in the Premiership Rugby Cup.

The 19-year-old made 14 appearances for Exiles in this season's campaign, scoring seven tries.

Arundell was also a player for England Under-20s. She was the joint-highest scorer at this year's Six Nations U20s Championship, scoring four tries.

Eddie Jones called him up last month to train with the England senior team for the first time.

Arundell stated, “It was an easy decision to extend my time at London Irish.”

“The club has helped me tremendously in my early career and I am determined to repay their faith in us in the future.”

Declan Kidney, London Irish director for rugby, said: “Henry gave a good account of his self during his first season of senior rugby.

“He has been hard at the training pitch and we have seen the fruits of his labors.”