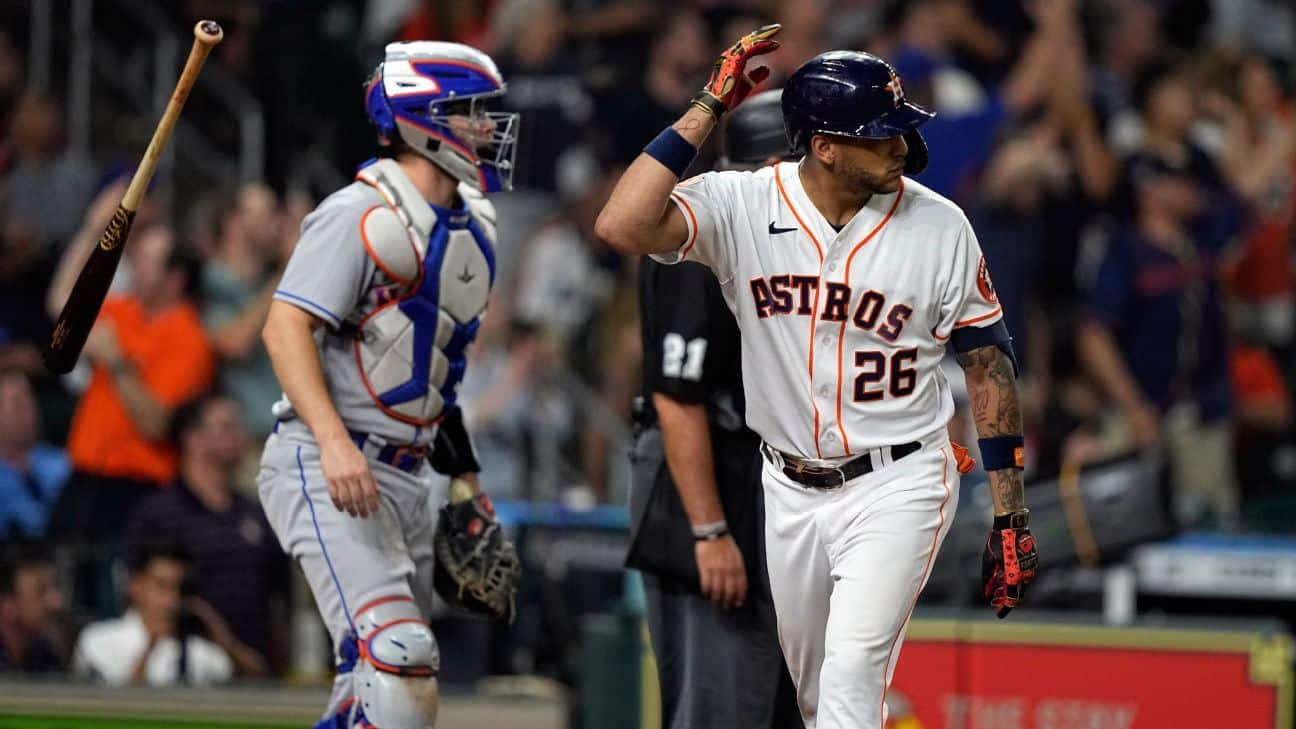 HOUSTON — One day after Astros outfielder Jose Siri His bat-flip celebration for the home run was called against the New York Mets He apparently made an error Wednesday and then retorted with a profane Tweet that was later deleted.

Houston led 7-2 against the Mets in the eighth inning on Tuesday. On Tuesday, Siri broke his 0-for-10 slump by hitting a solo homer above the tracks in Minute Maid Park. He turned his bat and took in the shot for several seconds before jogging to first base. Dusty Baker wasn't happy with this sequence.

Baker declared after the game that Baker should have run. “Back in our time, the next guy would've gotten drilled.”

Siri was asked about the incident following the game, and appeared to be in tears.

Siri, speaking through a translator Tuesday night, said “I'm sorry.” “I spoke with some of our guys, and, yeah. I made an error.”

Third baseman for New York Eduardo Escobar said something to Siri as he rounded third base after the homer, and catcher Martín Maldonado talked to Escobar for quite a while when Escobar came to bat in the ninth inning.

Siri stated that he didn’t know what Escobar told him.

He stated, “I could not hear anything.” “I was running.”

Buck Showalter, Mets manager, said that Siri's actions upset some players but that most of them were not.

Showalter said that while there are certain topics you should talk about, right and wrong, you don't want them to be imposed on the way they were brought up in the games. (Like) “hey, guys! You're supposed to be mad about that.”

Showalter said that players' teammates often enforce such things, but there is one way to stop it.

Showalter stated that “the only way you can stop it happening (is to not allow him to hit a ball over a fence, too.”