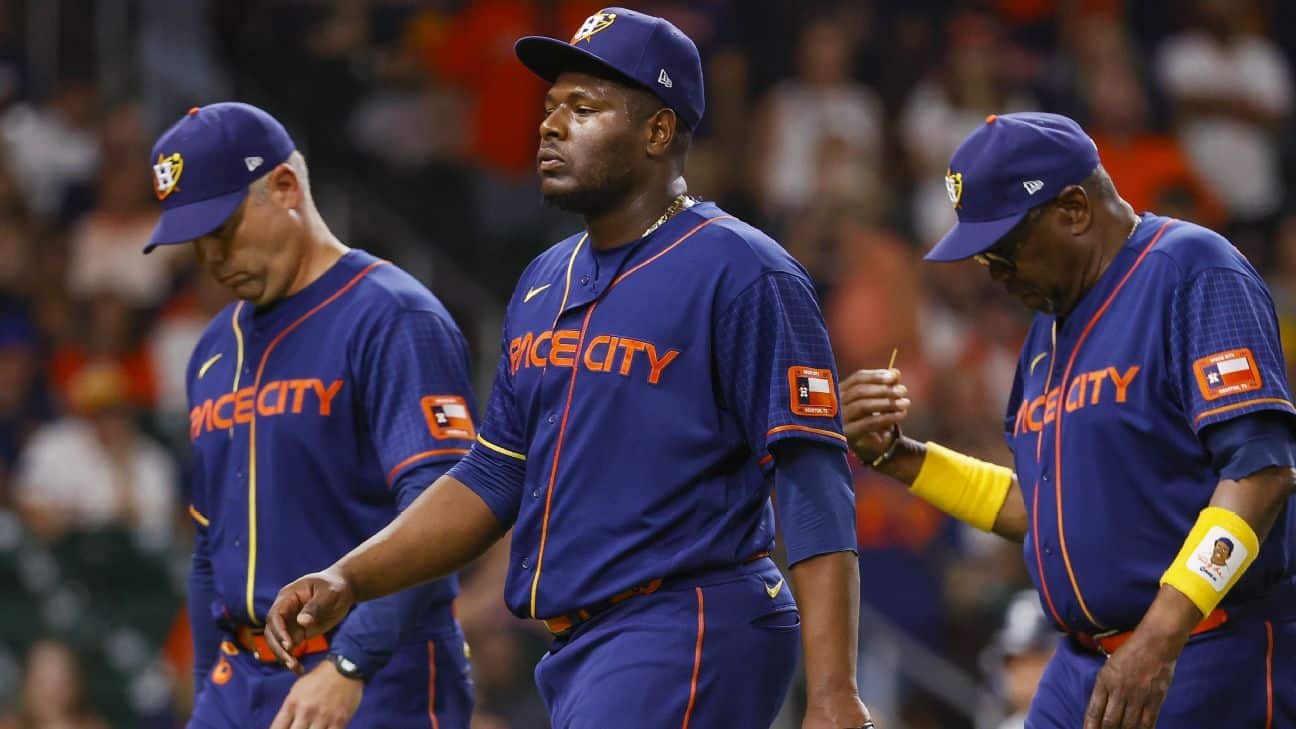 ARLINGTON Texas — Houston Astros right-hander Hector Neris He began serving a shorter suspension Tuesday night, one week after he was ejected from a football game in which he plowed one. Seattle Mariners battered and nearly hit another head.

Neris was suspended by the Astros and the Astros were not allowed to replace him on the active roster. Texas Rangers. The pitcher, who has appeared in an American League-high 29 games, will be reinstated prior to Saturday's home contest against the Chicago White Sox.

Astros manager Dusty Baker also was ejected in the match against the Mariners. He received a one game suspension last week. Baker and Neris were also assessed undisclosed fines.

Neris struck in the ninth inning of June 6. Ty France A pitch that almost got all the way past the right-handed batter. Servais shouted from the bench and led his team onto the field near home plate to confront the Astros. Baker and Servais pushed and shoved each other, while Servais repeatedly pointed at Lopez, the Astros first-base coach. Following the fracas, Lopez and Servais were both thrown out.

After the melee, umpires warned both sides. Neris then threw an additional pitch behind the head. Eugenio Suarez. This led to Baker and Neris being automatically ejected. Baker has denied that Neris deliberately threw at any player.