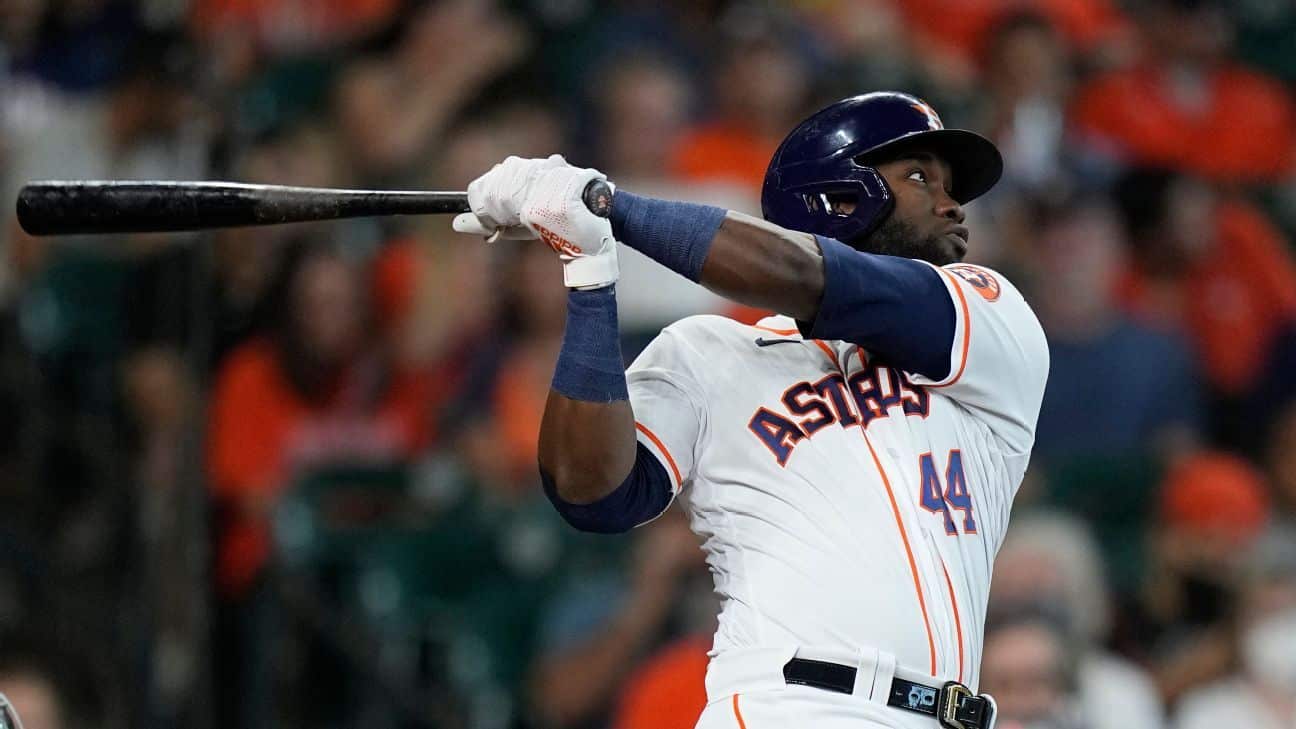 Slugger Yordan Álvarez The Houston Astros According to ESPN's Jeff Passan, sources said that Alvarez has agreed to a $115 million, six-year contract extension. The deal will begin next season and buys out three of Álvarez's free-agent years, sources said.

According to sources, it's the largest contract ever signed by a player whose primary position was designated hitter. It also guarantees him $26 millions per year for the free-agent season. It is the fifth-largest deal for a player not yet in arbitration. Fernando Tatis Jr.Contract worth $340 Million for 14 years Wander Franco11-year extension of $182 Million Buster PoseyThe $89.9 million deal is for eight years Mike TroutThe agreement is for six years and costs $144.5 million

A unanimous Rookie of the Year Award winner in 2019, Álvarez played in just two games in 2020 as he underwent surgery to repair a torn patellar tendon in his right knee, along with arthroscopic surgery on his left knee.

After a 2021 regular season in which he had career bests of 33 home runs and 104 RBIs, Álvarez, 24, followed that up with a stellar postseason. After going 12-for-23 and including a 4-for-4 performance during the series-clinching Game 6, Alvarez was named ALCS MVP. Boston Red Sox And into the World Series.

This past offseason, Álvarez's contract was renewed by Houston, raising his salary from $609,000 to $764,600. Dan Lozano from MVP Sports Group negotiated the agreement.

Álvarez, who serves as Houston's designated hitter and plays left field, enters Friday tied for third in the majors with 14 homers and has driven in 31 runs.