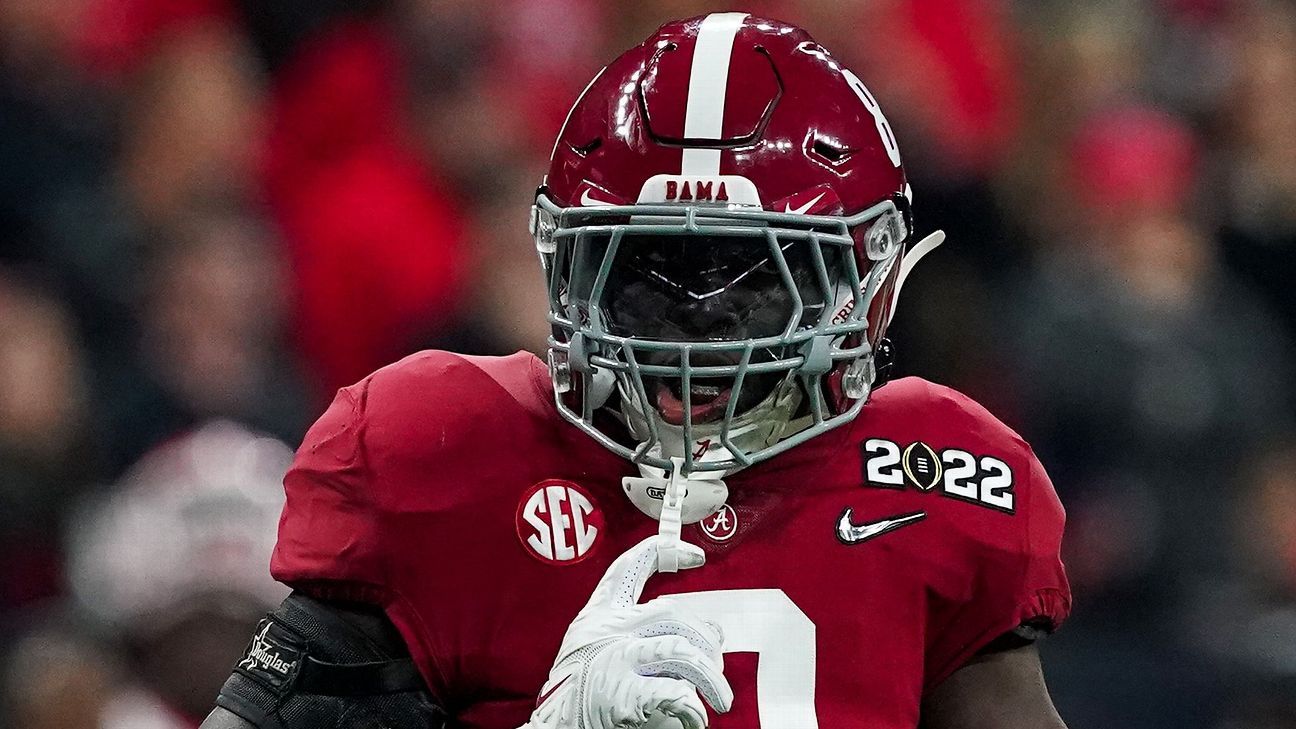 HOUSTON — It wasn't long after the Houston Texans traded up in the third round of last month’s draft, the team posted a video on Twitter of coach Lovie Smith and general manager Nick Caserio hugging after a pick.

What was the selection? Houston had traded five spots for Alabama's linebacker Christian HarrisSend picks Nos. 80 and 162 are to the Denver BroncosFor pick No. 75.

“I don't think anybody was more ecstatic than Lovie about that pick,” Caserio said that night.

Smith joked during rookie minicamp Friday that he needed more control over what he said when the cameras were rolling. He added that he and Caserio, “were high-fiving on most of our draft picks.”

Update: Things are looking up pic.twitter.com/pTWRV3pHek

“We like Christian,” Smith said. “A lot. He was ranked highly on our board. … We thought he would go a little earlier. To have an opportunity to get him in that round where we did was exciting.”

Harris said his mom showed him the video of the hug and admitted it was “pretty cool to see.”

“I thought it was funny,” Harris said. “I was laughing.”

On draft night, Caserio said Harris “fit the profile in terms of what we want at linebacker.”

Harris said after meeting with Smith on his visit to Houston during the pre-draft process he “honestly fell in love with” the head coach’s defense.

“It's kind of tough because going through that whole process, like you can't pick where you go,” Harris said. “But I knew if I were to come here, it would be the perfect fit for me.”

Harris pointed to the success linebackers have had in Smith’s defense as one of the reasons he’s excited. Smith, who was promoted to defensive coach in February, was also the Tampa Bay linebackers coaches before he joined the team. St. Louis RamsAs their defensive coordinator.

“Just hearing about the history of the linebackers who were in this similar defense that have had success, like Derrick Brooks LaVonte David,” Harris said. “Those are two guys I watched a little bit, and obviously I think with my spot and my role, whatever it is they want me to do, I feel like I can have a high success rate.”

Smith was as excited as Harris about the draft, but Harris seemed just as excited to learn from three-time NFL head coaches.

“He’s a leader,” Harris said of Smith. He is a father figure. He’s a great guy. It was amazing and incredible to be able to sit there for two days and talk to one the greatest. It’s definitely a blessing.

“I’m about to pick his brain as much as I possibly can while I’m here.”