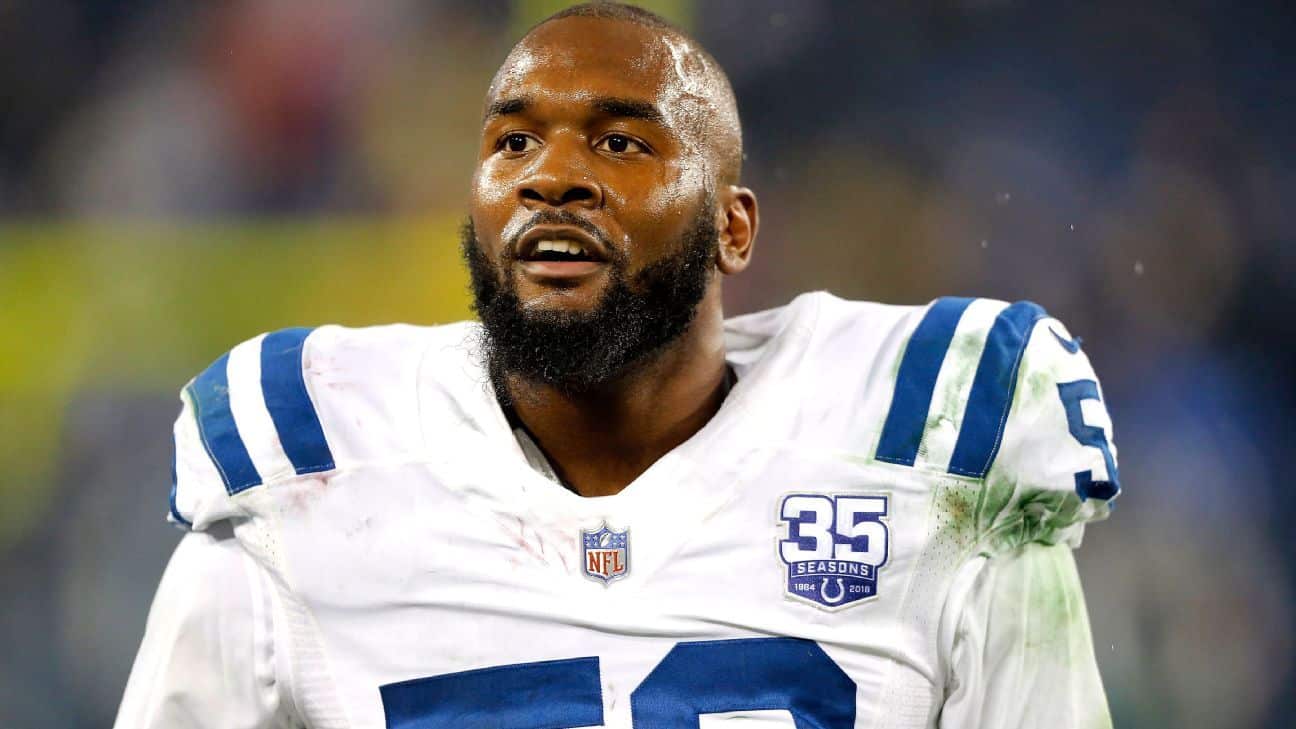 INDIANAPOLIS – Colts All-Pro linebacker Darius Leonard Frank Reich, coach, stated Tuesday that he will be having back surgery. He is likely to miss training camp.

Reich stated that he had a back problem that was progressive. It started in the offseason but has continued to progress. “We just made it clear that he will have a procedure to his back Tuesday. He may have missed some training camp, but should be fully prepared for the start to the regular season if everything goes according to plan.

Leonard's recent back surgery has added to the already difficult offseason for him, a three-time All Pro linebacker. Leonard is still available to take part in the on-the-field activities with the team, while he recovers from a lingering injury to his ankle that sidelined him throughout last season.

The Colts didn't have Leonard on the field, so it was difficult for them to see how serious his back problem is.

Reich replied to a question about Leonard's injury, “The best I understand is that something wasn't feeling right early in the offseason.” Let's not react too much and let's be careful. It got worse than it should have. You don't know this because he wasn’t practicing.

Reich added that he wasn't a back expert. Therefore, we will likely make a clear statement at some point. We are very optimistic about this process.”

Since his second-round selection in 2018, Leonard has been a top defensive player in the NFL. He is the only NFL player with at least 10 interceptions. This includes 15 or more sacks, 15 or more forced fumbles and 11 or more sacks. Leonard is only entering his fifth year in the NFL. E.J. Speed Leonard's linebacker spot has been taken by Leonard.

Reich said, “With Darius. Don't know if the exact date of the return is in my mind as long he's available for the regular season.”