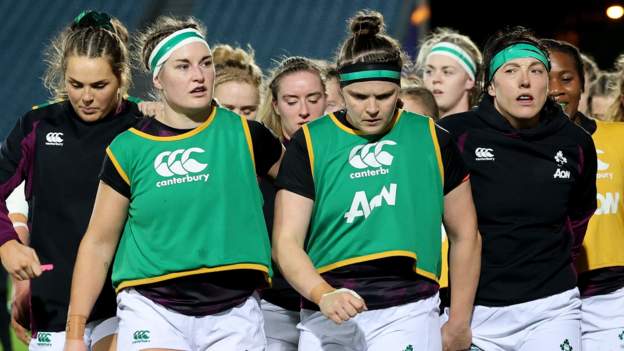 According to the Irish Rugby Football Union, 43 professional contracts will be offered to female players in the 15s and 7s teams next season.

This will be the first payment to an Irish 15s player after pro deals were made for other sevens players.

The IRFU said that contracts for the women's players would “range up to €30,000 plus match fees and bonuses”.

A group of former and current Irish women's football players stated that they had lost all confidence in the IRFU last December.

An independent report into Irish women's rugby was later commissioned with the IRFU promising to implement the 30 recommendations and to plough an additional €1m into the women's game – in addition to apologising for past failures.

Anthony Eddy, the former director of women's rugby, resigned shortly after the publication of the report. Adam Griggs, the previous national 15s coach, also resigned. Greg McWilliams was then appointed to lead the side.

Following Ireland's shock defeat last September in qualifying for the World Cup, disquiet over the management of Ireland's women's soccer came to an abrupt halt.

McDarby is appointed to the new women's position

Gillian McDarby was appointed to a new head of women's performance, pathways and the IRFU announced this on Thursday.

An IRFU statement stated that “To respect the significance of the upcoming test windows to Japan and Sevens World Cup, The IRFU will discuss details of the contracts before making further public pronouncements about these exciting developments.”

“The contracts have been benchmarked internationally and will range up to €30,000 plus match fees and bonuses.”

McDarby was to be responsible for “the delivery, implementation, and approval of the strategic and operational direction for women's rugby performance programmes for both XVs, and Sevens”, according to the IRFU.

McDarby was a member of Cycling Ireland's board from 2017-2021. For the last two year, he has been the IRFU’s high-performance centre facilities manager and operations manager.

McDarby stated, “I look forward to working together with all stakeholders to take the women's game up the next level.”

“It's also a pleasure that my appointment coincides the formal announcements of contracts for upto 43 female players. This is a huge step forward for women's Rugby in Ireland.