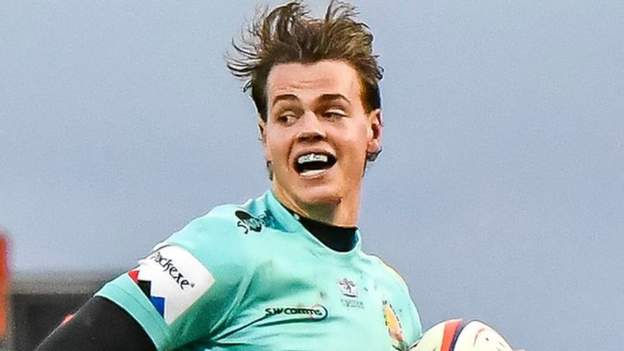 Ospreys have signed Jack Walsh, a former Australia Under-18s fly-half from Exeter Chiefs in a two-year contract starting in 2022-23.

The 22-year old Florida native can also play full back and is a product the New South Wales Waratahs Academy.

After moving to Exeter from Sydney's Manley Marlins, he spoke with Toby Booth, Ospreys boss, and former Exeter players about his plans.

“He [Booth]The vision for the whole organization, Swansea's history as a city and rugby in Wales were all discussed.

“I spoke with [former Exeter players]Alex Cuthbert, Elvis Taione, and Tom Francis all spoke out about the Ospreys. They echoed Toby's comments about the culture, the team and how much they enjoyed it.

“Talking to guys like them, who are experienced and know what makes a successful club, was a huge draw for me.

“I'm also aware of the passion Welsh rugby fans have and the loyalty of Ospreys fans.

“I know that the Ospreys pride themselves on being a proud team and the chance to be with players like Alun Wyn, Justin Tipuric, and George North and to learn from them is what every young player dreams of.”