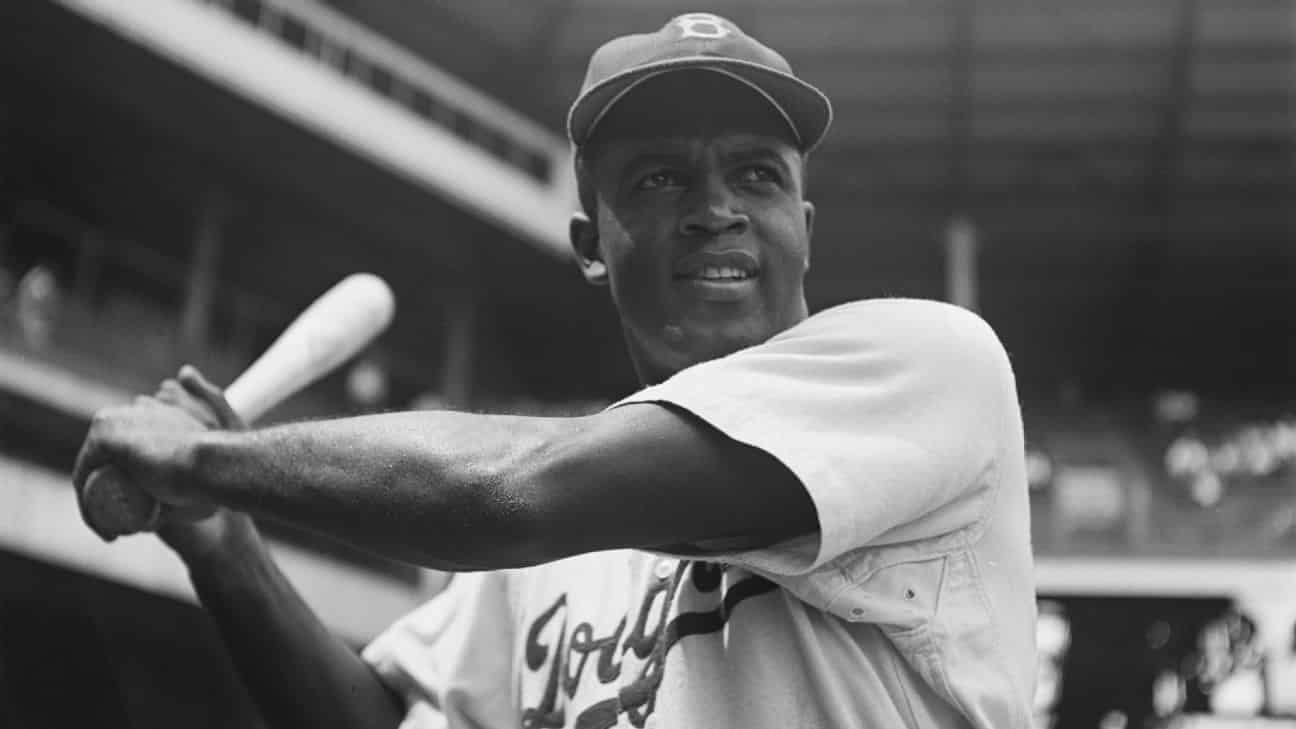 Jackie Robinson's bat during the 1949 MLB All-Star Game, Brooklyn, was sold at Saturday's auction for $1,080,000 (includes buyer’s premium), according to Goldin, a collectibles marketplace.

It's not the most expensive bat sold at auction, but it's still very rare to surpass the $1 million mark.

Hunt Auctions bought the bat for a private buyer.

Robinson's wife Rachel wrote a letter of authenticity to the bat, stating that “the bat has been in our Robinson family archives since the first time it was used by Jackie.”

Hunt Auctions President David Hunt said that this particular example was “the direct provenance from Rachel Robinson” and had the historical significance of the 1949 All-Star Game played in Brooklyn.

Robinson was awarded the only MVP award for his 1949 season. April 15 marked the 75th anniversary of Robinson’s major league debut.

Goldin also sold a Robinson home jersey from 1951, which was included in the same auction. The bidding was almost $8.5million, including the buyer's bonus. This would have been the most valuable piece of sports memorabilia ever offered at auction. The reserve was not met, and the jersey was never sold.