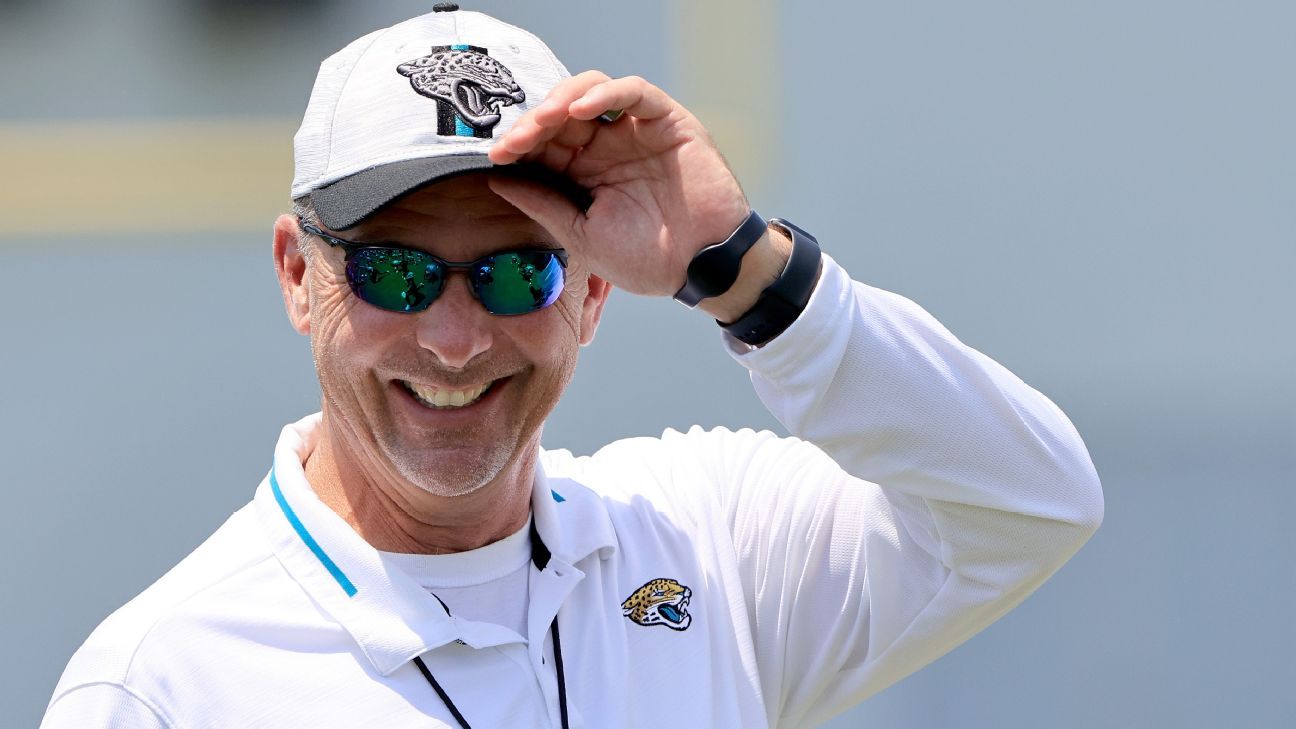 JACKSONVILLE, FLORIDA – Who knew watching a movie could be so agonising?

Jacksonville Jaguars coach Urban Meyer and assistant head coach Charlie Strong discovered this on Sunday night, when they participated in a brutal beating as part of AEW's Double or Nothing pay-per-view event, which was held at the amphitheatre adjacent to TIAA Bank Field. Meyer and Strong performed a skit as part of a match between The Inner Circle's Chris Jericho and The Pinnacle's MJF.

The wrestlers' brawl spilled into Meyer and Strong's office, where they were watching film. Strong tossed Jericho a couple of footballs, which Jericho threw at MJF, and Meyer handed Jericho his laptop, which Jericho smashed into MJF's head.

Meyer appeared to enjoy the experience in a tweet.

The more you can do 🤷🤷 – I think that is the saying us coaches use. We had a good laugh watching this scene play back. #StadiumStampede pic.twitter.com/1wu9v9e2X7

AEW is owned by Tony Khan, the son of Jaguars owner Shad Khan and the team's chief football strategy officer.