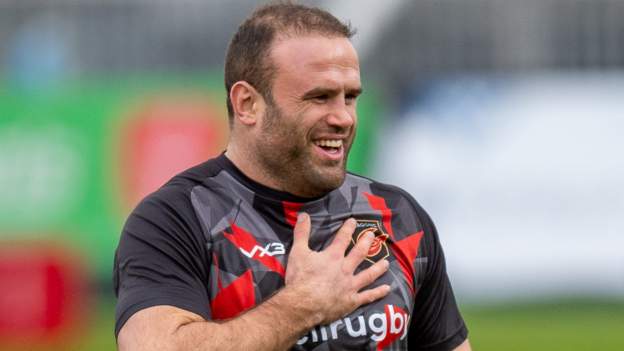 Jamie Roberts, an ex-Wales and British and Irish Lions center, will make his Waratahs debut on the bench against Fijian Drua during the Super Rugby Pacific tournament.

The 35 year-old left Dragons after his family immigrated to Sydney in January.

After Moana V Blues was destroyed by Covid-19, Waratahs are opening up against Drua.

Roberts wrote in a tweet that his first week at Waratahs was “brilliant”.

Roberts has also represented Harlequins and Cardiff as well as Racing 92 and South African Stormers.

The Waratahs team lists also include the formative clubs of Waratahs players, while Roberts' are listed in home-town clubs CRICC. Rumney and Ysgol Glantaf are also included.