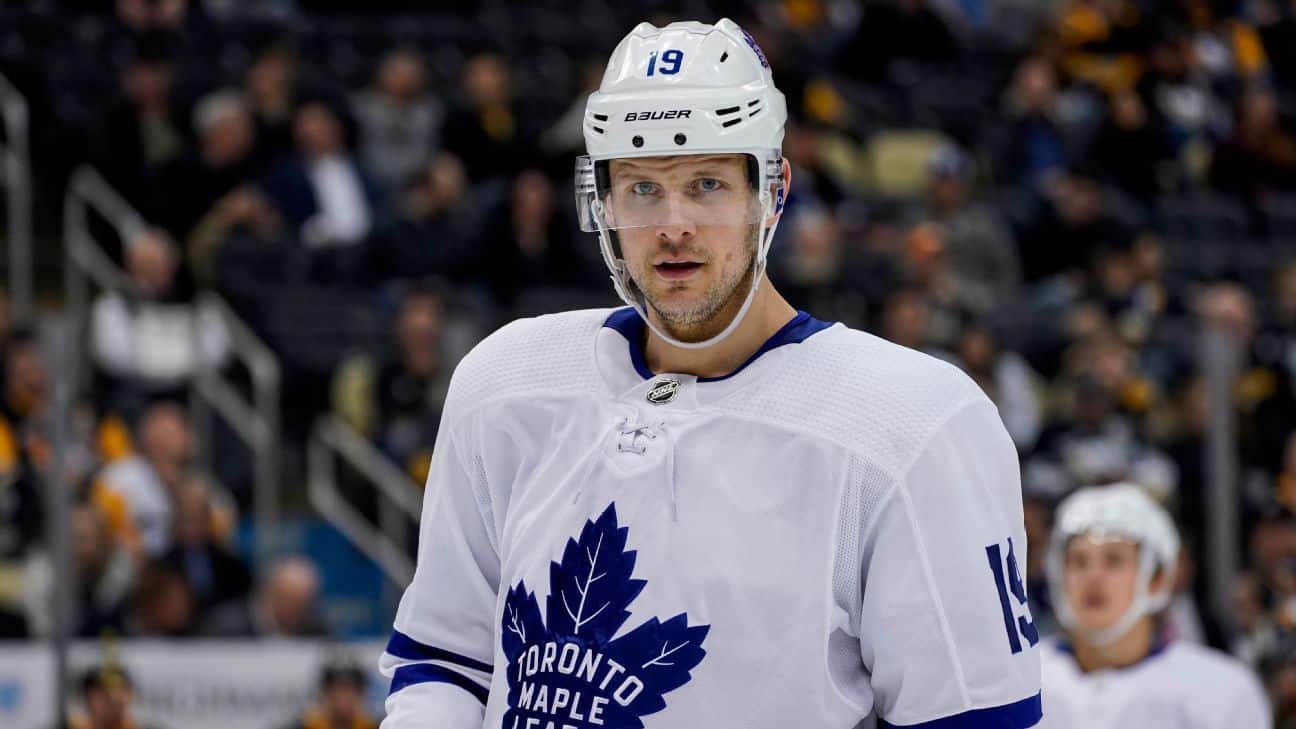 TORONTO — Veteran Maple Leafs Forward Jason Spezza Sunday was his last day in the NHL after a career spanning 19 seasons.

The 38-year-old will be moving into the Maple Leafs' front offices as a special assistant for general manager Kyle Dubas.

Second overall Ottawa Spezza played his 11 first seasons with the Senators in 2001 before joining the Senators. Dallas Stars In 2014, and Toronto in 2019

In 71 games, he scored 12 goals and 13 assist. A fifth playoff game saw him add another assist.

Spezza released a statement saying that hockey was his life's work. Spezza also said that it was an incredible feeling to be able “to come home to Toronto to bookend my playing career right where it began” Your impact on hockey is immense, to all the fans, in Ottawa, Dallas and Toronto as well as across the league. Although I will never be able replicate the feeling of being on the ice to the cheers of the crowd, it is something that I will always cherish. “Thank you.”

Spezza brought veteran knowledge to the Leafs while he was in Toronto. He often played a larger role off the ice than he did on the ice.

Dubas stated, “It is hard to quantify just how much of an impact Jason Spezza made during his three seasons with Maple Leafs.” “Jason's passion and drive to play hockey, along with his willingness to push himself and his teammates to improve have been invaluable. He also has strong connections with every member of the organization.

“Though this marks the end of his tenure as a player with us, it is a pleasure for him to join our front desk to share all that he can offer.”