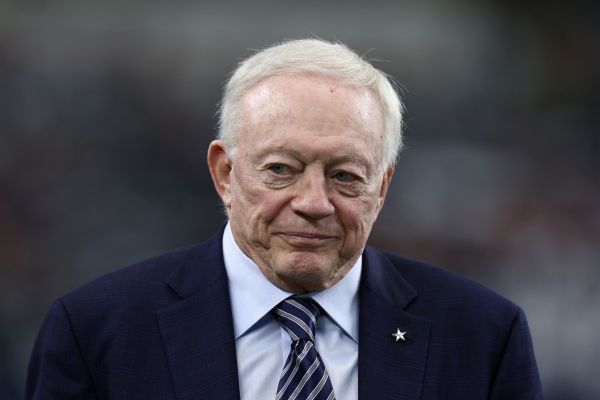 The Post published a story Wednesday A photo of Jones, 14, looking over a group of white students. Six Black teens walked up to North Little Rock High School in Arkansas in 1957 as it was becoming an integrated school.

Jones stated that he was there more out of curiosity than animosity.

Jones explained that Jones did not know of the massive event. “I'm glad we're still a long way away from that. I am. That would remind me to keep doing all I can to prevent such things from happening.”

Jones is accused of not doing enough to help Black coaches. Cowboys is one of seven teams without a Black head coaching staff. Since Jones bought the Cowboys, they have had two Black coordinators (Maurice Carthon, Brian Stewart), however their highest football executive Will McClay is Black. Rob Davis is the Cowboys' assistant coach and strength and conditioning has three Black coaches, Kendall Smith, Cedric Smith and Harold Nash.

Jones claimed that his decisions are not made for race but business reasons. Jones also stated that his relationships with players are as an adviser to use any skill or talent he has financially.

“I want it work. It should work. It should work for my players. Jones stated that when I consult with them, it's a business relationship. “It's clear that I have never considered sensitive some of the issues that they want me to address or what you ask me about. It's my goal to make it work every morning when I get up in a new day. It doesn't matter if it's me, you, or anyone else. We have to make it happen. This is where I go. I don't care about who does it, how they look, or who makes it happen. It has no place. It doesn't even matter who makes it happen.