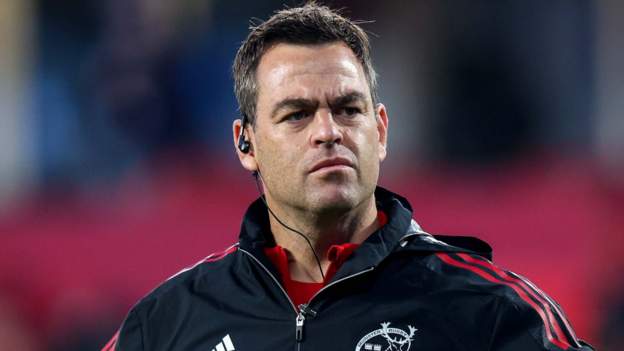 Johann van Graan, who is the new Bath boss will take over as head of rugby.

Stuart Hooper, who has been director of rugby since 2019, is now general manager.

Van Graan will report to Hooper “in delivering club's long term plans, which include further enhancement of its player pathways and academy”.

During his first campaign, he led the team into the play-offs. This season, he has won five Premiership matches.

They suffered a 12 consecutive defeats-filled year and are currently at the bottom of most of the year.

As the head of rugby for the team, the 42-year old will take “complete responsibility”

“This reset will provide the foundations to a revival of the club over the next seasons,” said Tarquin McDonald, chief executive at Bath.

Edward Griffiths, who was appointed Bath's chairman in December 2013, is also leaving the club.

Griffiths, a former CEO of Saracens, was appointed to review the season and the poor start. A number of his recommendations have been implemented.