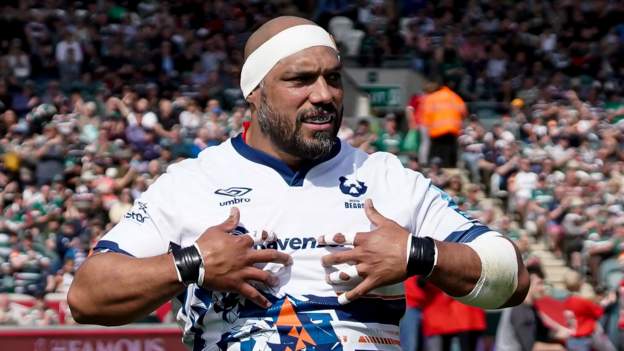 John Afoa, Bristol Bears' prop, will be leaving the Premiership club at end of season.

After signing a two year contract, the former All Black 38-year-old is now joining French Pro D2 side RC Vannes.

Since joining Bristol in 2018, Afoa was named in the Premiership Team of the Season three times.

Pat Lam, Bears director of rugby said that Jonny “leaves a legacy as one the greatest tightheads ever to play in the Premiership.”

“To have performed consistently at the top over twenty years is a testament of his dedication, commitment, and love for our game.

“I am thrilled that Jonny gets to see a new country as part his incredible rugby journey. He leaves with immense respect and the gratitude for everyone at the Bears.”

Afoa was awarded 35 international caps for New Zealand in 2005 and 2011, and made 86 appearances with Bristol.

He has increased his playing commitments by doubling this season the role of scrum coachAfter succeeding Alasdair Dixonson.

Bristol is next at home against Exeter Chiefs, Friday 20 May. Then, they will travel to Sale Sharks on the 4th of June.