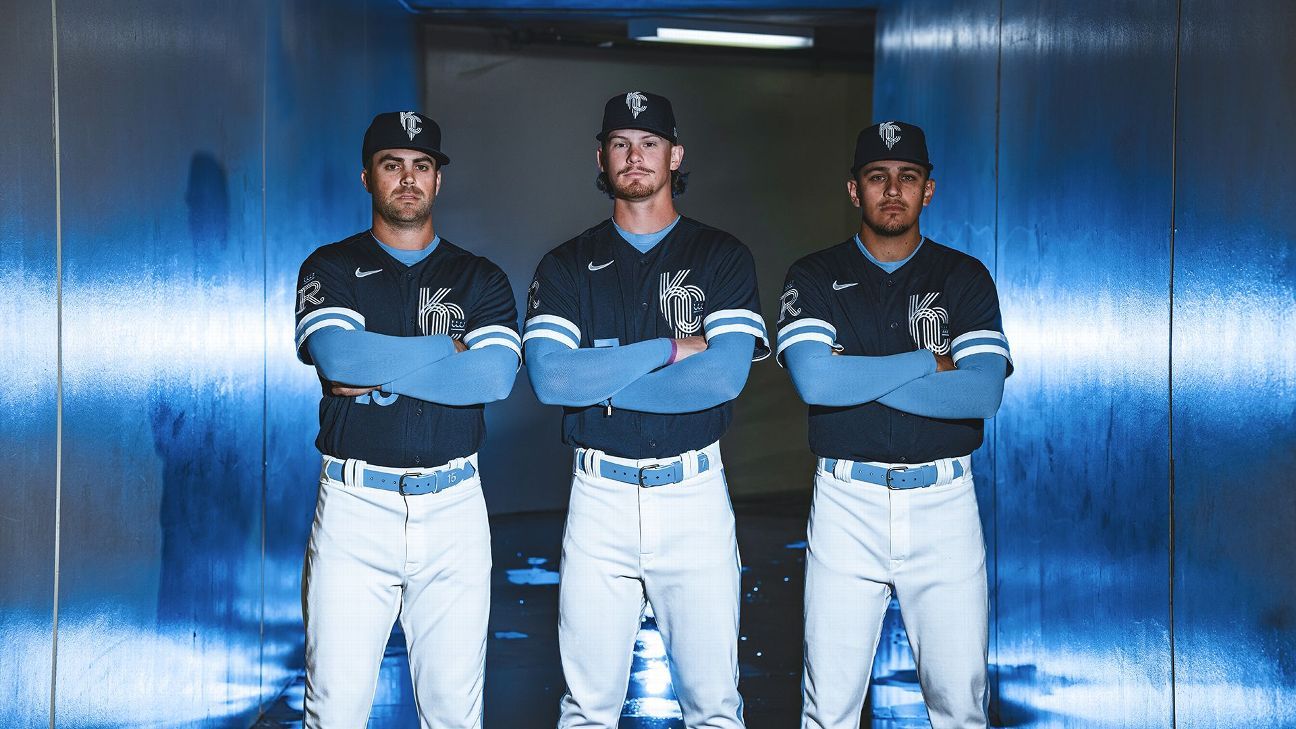 The Kansas City RoyalsThey have revealed their City Connect uniforms as a tribute the city's iconic fountains.

Sarah Tourville, Royals senior vice president, said that they have been an integral part of Kansas City's street life. There was a fine line between making sure that the uniforms were complementary to your entire collection and not offending the baseball purist, but still being bold enough to attract a younger, diverse fan.

The team's original 1969 logo was the logo featured on the sleeve. The sleeves have triple braiding that is reminiscent of the uniform worn by the team in the 1980s. The new number styling is a nod to the city’s art deco architecture. The collar's inside is embroidered with “HEY, HEY, HEY” in stitching. This is a reference to Paul McCartney's victory song for the Royals.

The Royals are often associated with powder-blue, but the choice to wear navy is a nod to the city's history in baseball with the Athletics and Blues, Blue Sox, Packers, and Monarchs all wearing the uniform at some point.

Tourville stated that the only thing they didn't do was to put on barbecue. It was obvious, and we wanted something more forward-looking and fresh.

The Royals had to make a choice between designs that spoke of the city's relationship in jazz and barbecue.

John Sherman, Royals CEO, stated that “this design is one that fans can truly appreciate.” The jersey's colors are symbolic of Kansas City's rich history and represent Kansas City's fountains. This uniform reflects the distinctive elements of our community.

The Royals will present their City Connect uniforms to the public on April 30th against the New York Yankees.