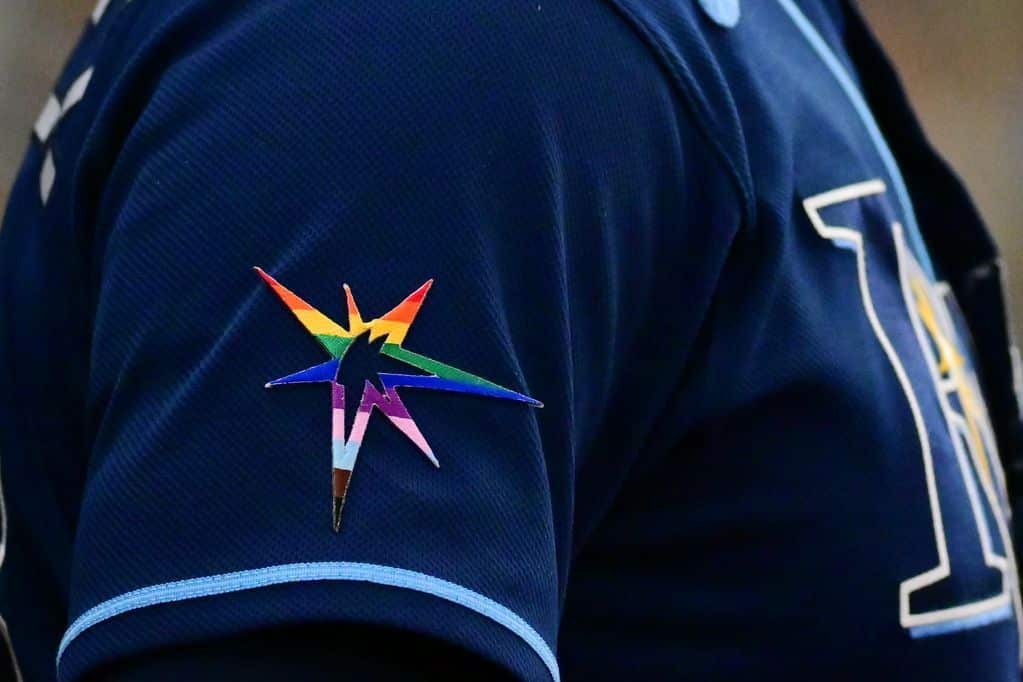 ST. PETERSBURG (Fla.) — There are a number of Tampa Bay Rays Players decided not to wear rainbow logos on their uniforms during the team's annual Pride Night on Saturday, which recognized the LGBTQ community.

After Sunday's game, Rays manager Kevin Cash said that he doesn’t believe it will negatively impact the clubhouse as discussions between the players over the past few weeks have been constructive and stressed the importance of different perspectives.

Cash said, “First and foremost,” he felt the organization had done a good job in hosting Pride Nights to support the gay community. Cash said, “It's great that the players have made those conversions. We want to support players who choose to wear what they like.”

Pitchers were among the players who chose to take down the logos. Jason Adam, Jalen Beeks, Brooks Raley, Jeffrey Springs Ryan Thompson, according to the Tampa Bay Times. Adam was elected to represent the group following the game. He stated that it was a faith-based decision for many of them.

Adam said to the Tampa Bay Times, “So it's hard decision.” “Because, ultimately, we all stated what we want for them is that they know that everyone is welcome and valued here. However, when it was put on our bodies, I believe a lot of men realized that it's just an attitude that maybe they don't want to encourage.

“… It's not judgemental. It is not looking down. It is what we believe and the lifestyle he has encouraged us to lead, for our benefit, not to withhold. Again, we love and care about these men and women, and want them to feel safe here.

Florida lawmakers passed a law earlier this year that Gov. Ron DeSantis signed the law, which forbids teachers from kindergarten to third grade from teaching about sexual orientation or gender identity. Critics claim that the law is intended to marginalize LGBTQ families and individuals.

“It's one those things, my parents taught us to love everyone as we are, go live our lives, whatever your preferences may be, go being ourselves,” centerfielder Kevin KiermaierAccording to the Times, he wore the rainbow logos. “I can't speak on behalf of everyone in here, but this is an environment that's family-friendly here at a major-league baseball field.

“… We want everyone to feel included and welcome. No matter your opinions on any topic.