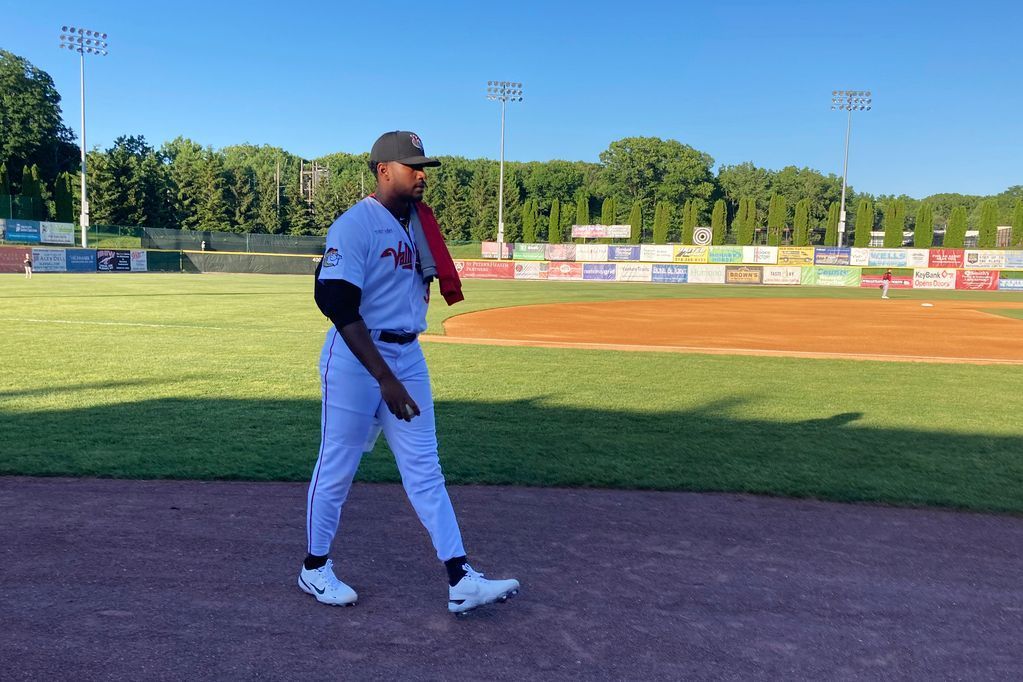 Numerous major league scouts were present to see Rocker's first game since June 30. The 6-foot-5, 245-pounder hurled through three innings against the Trois Rivieres Aigles. His fastball was over 98 mph.

He threw 38 pitches. Five of them were struck out. Ricardo Sanchez, the second baseman, allowed a single to the left field corner.

Rocker had trouble in the fourth. He hit the leadoff hitter and tossed a wild pitch. Tri-City manager Pete Incaviglia made a quick visit to the plate to meet Carlos Martinez, the cleanup hitter. Rocker did not leave and gave Martinez a two-run homer on the eighth pitch. This was a long at-bat that led to a 2-0 advantage.

As a freshman, Rocker led Vanderbilt's College World Series win and was drafted No. The New York Mets drafted Rocker No. 10 last year. Rocker's right elbow was in serious condition, so he walked out of the Mets. He was the sole first-rounder who did not sign. Rocker was not signed by New York. New York also received a second first-round selection this year.

In mid-May, Rocker, 22 years old, signed a minor-league agreement with Tri-City. This will keep him active through the July MLB draft.

Rocker, a three-year star at Vanderbilt, posted a 2.89 ERA (in 42 games) and 39 starts. This led to the Commodores winning the 2019 national championship. Rocker was awarded the College World Series MVP award. He racked up 44 strikeouts over 28 postseason innings. This included a 19-strikeout win against Duke in the NCAA Super Regional. His ERA in four postseason starts was a mere 0.96.

He was 28-10 at Vandy. After not signing with the Mets he chose not to go back to school and instead began training on his own. He will return to live action with the ValleyCats for a brief time.

Rocker's draft prospects remain uncertain as scouts aren't able to see him throw at this point. However, he could still go on the first round, though perhaps not as high. TriValley is expecting him to make at least three additional starts in June.