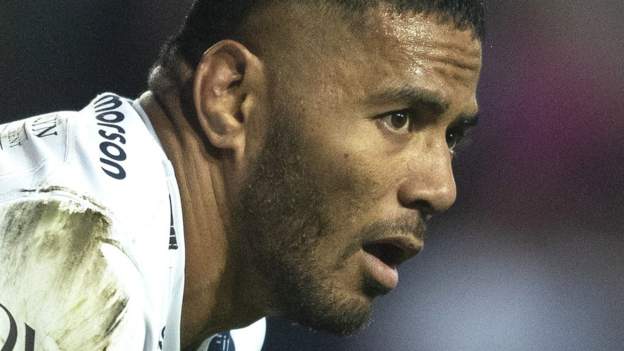 Manu Tuilagi, the England centre, will be unable to travel to Australia this summer due to a knee injury.

As injury continues to plague his career, the 31-year old has only played six games for England in 2019's Rugby World Cup final.

Sale from club said England and the Club had reached an agreement that a Tuilagi summer of rest and a full season of preparation was the best option.

Jones believes that Jones identified a lack in midfield power and pace out of the wide areas as key factors in an underwhelming Six Nations, which saw three defeats in five matches.

Uncapped options in the centre included Northampton's Fraser Dingwall, London Irish's Will Joseph in last month's training squad for three Tests against the Wallabies in July.

England won the Six Nations with Henry Slade, Joe Marchant and England's first-choice 12-13 combination. Tuilagi was unable to participate due to an injury sustained in South Africa's autumn win.

Tuilagi has had a number of injuries during his career.

Before the 2019 Six Nations, Jones had not played for England for over four and a quarter years. He then experienced a period of form and strength that solidified his position as a key member of Jones' World Cup squad.