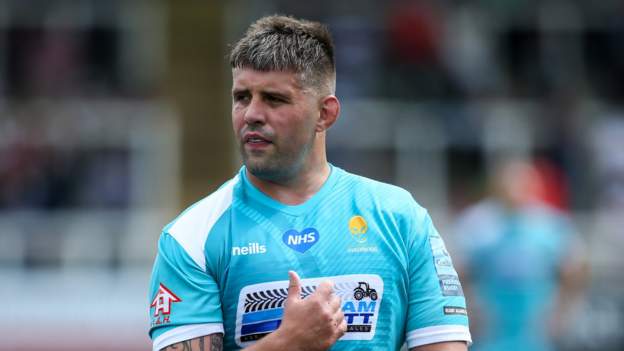 Eight more players will be leaving Worcester after the 2021-22 season, including Prop Marc Thomas and Melani Nanai (full-back and winger).

Other senior players who are leaving include Caleb Montgomery (back row forward), Joe Morris (tighthead prop), and James Scott (lock).

After signing in 2020, Thomas played 26 games for the Warriors.

Nanai made his debut in 2019, after signing from Super Rugby side Blues. However, injuries limited him to just 21 matches.

Montgomery has seven appearances in the team, including two starts during Worcester’s Premiership Cup win run.

Morris, an academy graduate, was also prominent seven times since his 2019 debut. Scott, a former England U-20 international and Worcester academy alumni, was third in the Premiership Rugby Cup.

At the end of the campaign, Hooker Joe Richardson and Ben Murphy, loosehead prop Ben Murphy, and Lock Cheick Kone all leave the Worcester academy.

Flanker Sam Lewis confirmed at the end of May that he will leave The Warriors when his contract expires in the summer.

“The season's end means we must say goodbye to players, coaches, and staff. Although it's not an easy time, it's part of the professional rugby cycle,” stated Steve Diamond, Worcester lead rugby consultant.

“I enjoyed working with all the people who are moving on. All of them are good guys and I wish them every success in their future endeavors.