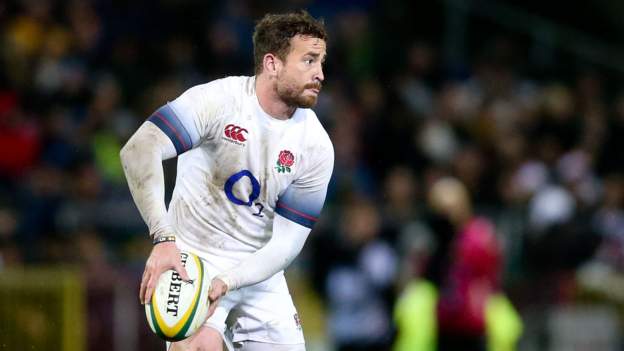 Danny Cipriani, an ex-england fly-half, said that Marcus Smith's coaches would get the best from England if they allowed him to trust his instincts.

Cipriani also feels that the Harlequins' fly-half should have more freedom to fulfill his potential for England.

Cipriani stated to BBC Look East that he was selected because he is Marcus Smith.

“You must have faith that he will make the right decision at just the right moment.”

The 23-year old was back named at fly-half for England's final Test Of the autumn internationals, South Africa will be up against on Saturday.

On Saturday, Cipriani plays as well. making his return to rugby Northampton Barbarians have not played since they left Bath at the close of last season.

Cipriani (35), said that England's stirring comeback against New Zealand was an excellent example of why players need more autonomy.

He said, “That's where coach has to give the group freedom to go to and do that.”

“The game's circumstances created this – it wasn’t necessarily due to the coach. How do you create an environment that encourages this?

“It doesn’t mean everyone has to go and do whatever they want. They still have to do what’s best for the team at that time.

“But it is better to make your own choices than having someone tell you what to do.

Cipriani's rugby career has been marked by his instinct, but he retired at 16 caps after a perfect-weighted cross kick in South Africa to score the winning try.

“When I turned 18, a senior England football player said to my, “Danny, you are so talented, but you have to play the game,” and it was completely absurd to me.

“As an impulsive, young child, it didn't feel right. I wanted to be able to play the way I wanted.

“If you allow players to make their own decisions, your game will look completely different.”

“It won’t just be the box-kick chase. There’ll be some ingenuity. I believe the sport can grow.”