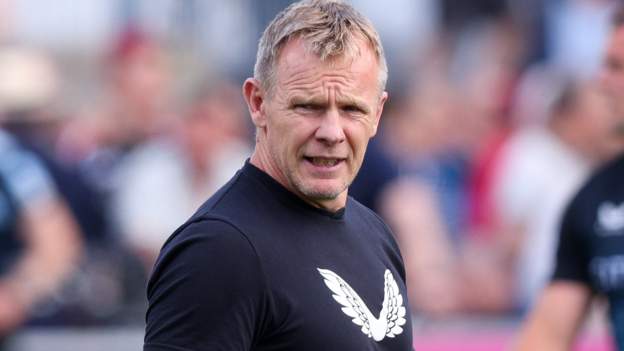 Mark McCall, Saracens director for rugby, says that staff loyalty “saved” the club during their forced season in the Championship.

Sarries were dismissed in 2020 for violating salary cap rules. But, they retained the second-tier title.

They beat champions Harlequins 34-17 they will return to the Premiership final next Thursday in their first campaign.

McCall stated that “The resilience and response of the team was extraordinary really,” BBC Radio 5 Live host McCall.

“We've had two-and–a-half difficult years, and I'm unbelievably proud about the group, regardless of what happened today, about how we've responded over the past two-and–a-half year.”

Saracens won against London rivals Harlequins in their first top-flight match-off since beating Exeter at Twickenham to claim the 2019 Premiership title.

A thorough investigation revealed that they had breached the Premiership's salary cap rules In 2017 and their title-winning campaigns in 2018 and 2019.

They were initially fined £5.36m and docked 35 points before being relegated to the Championship in January 2020 After being unable show proof of immediate compliance,

They were born in the year 2000 won an abridged second-tier season, They lost just one game and continued that momentum into the new season, winning 17 and losing six regular-season matches to finish second in the league.

Saracens' victory over Quins marks their sixth final in the eight Premiership campaigns, having already won four trips to Twickenham.

McCall said, “It wasn't our problem. And we accept that.

“But 99% people working in the organization were not responsible for what occurred and they all had reasons to go, an excuse, and they did.

“In lots and ways that incredible level of loyalty saved us from being honest, it was a saving grace.”