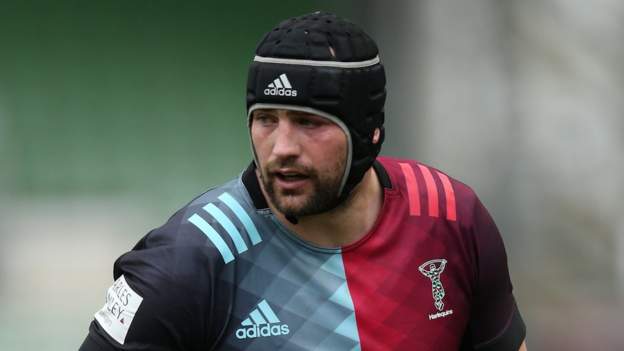 Matt Symons, Harlequins' lock, has announced his retirement at the end the season.

Symons played for Quins more than 80 times since joining them in 2018. This helped them win last year’s Premiership title.

The 32-year old has also been at Wasps, London Irish, and Chiefs in New Zealand. He captained them all.

Symons reflects on his decision. told the club:“Every rugby player has to come to terms with the fact that there comes a time when their game is over.”

“I'm incredibly thankful for the opportunities that I've been offered through professional rugby,” he stated, calling the 2021 title win his “most cherished Rugby memory” before moving on to a new career in London real estate.

“I am excited to move into a new work environment where I can use some of my skills from elite sport.

Billy Millard, director of rugby performance, said: “Matt is an absolute warrior since joining us four years back.

“He is one the best rugby players.”