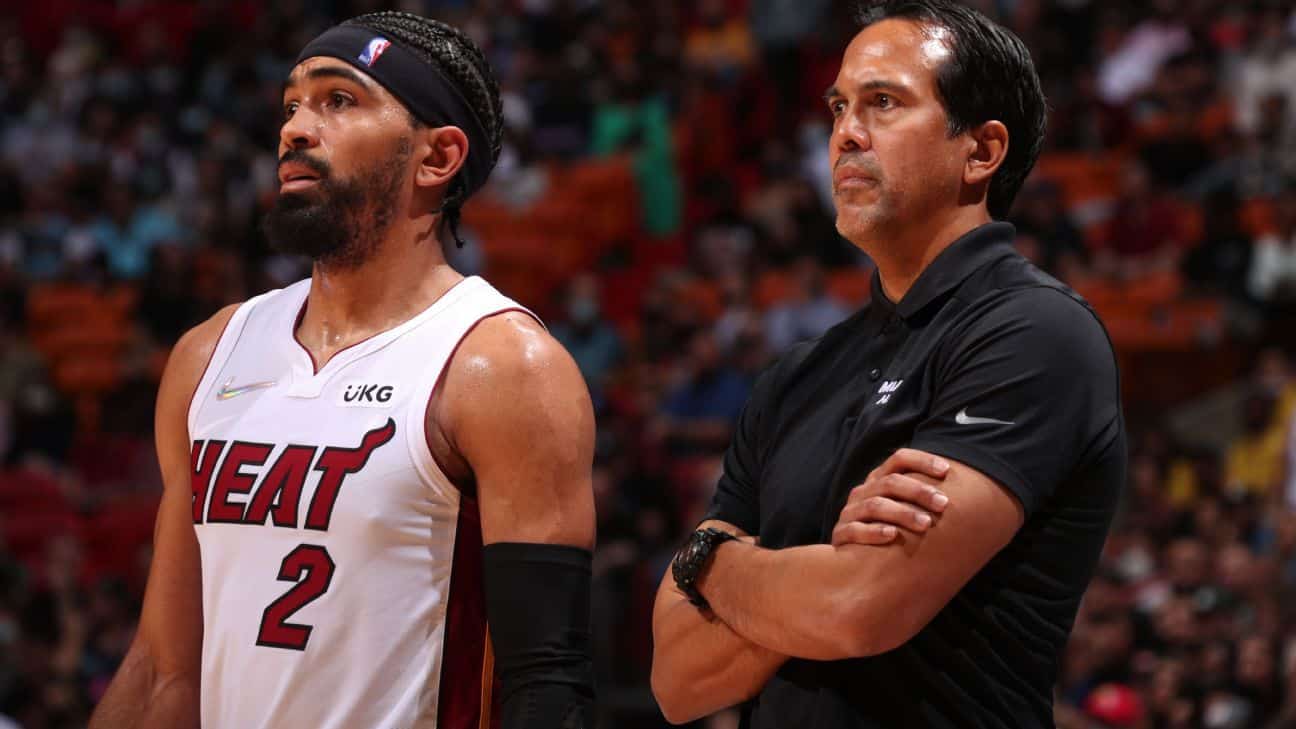 MIAMI — The NBA has announced that it has imposed a fine on the Miami Heat $25,000 penalty for “violating the league rules regarding team benches decorum.”

“Multiple times, players stood in Miami's team benches area for an extended time, stood apart from the team bench and continued to enter the playing court during the Heat's 111-103 win over the Chicago Bulls. Boston Celtics In Game 6 of Eastern Conference Finals, May 27, at TD Garden,” said the league in a statement on Saturday.

Since it fined the league, the league continues to clamp down on bench decorum Dallas Mavericks $100,000 was paid earlier this week to “continue to violate league rules regarding team benches decorum.”

On Sunday night, the Celtics will play Game 7 in the Eastern Conference finals.

Erik Spoelstra, Heat coach reiterated his confidence in the players before the news about the fine was made public.

Spoelstra spoke during a Saturday videoconference. He said that “the gratitude and the chance, that's all we've discussed,” “We have some great rivals in our locker rooms and this competition is at its purest, most pure form. A Game 7, an elimination match for both teams. This scenario will be the most challenging for competitors. It's something that our guys look forward to.”