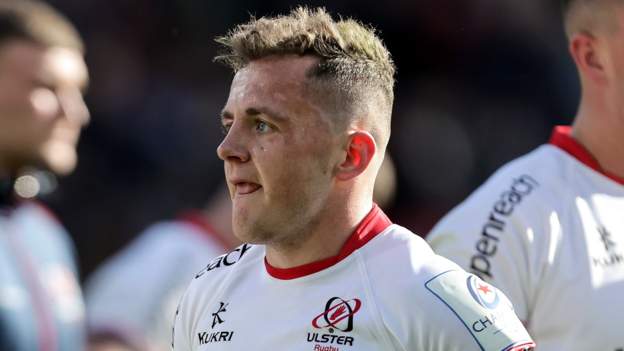 Lowry was primarily at full-back for Ulster, but he started Friday's loss to Munster at fly-half.

Humphreys believes Ulster must make a difficult choice because the 23 year-old is “so talented”.

He stated, “You need to have him pitching. It's up to you to decide whether he is a 15 or ten.”

Lowry began at fly-half and led Belfast Inst three consecutive Schools' Cup championships. But he was favoured at fullback since his entry into the Ulster squad in 2018.

Lowry scored two tries at full-back for Ireland in their Six Nations win over Italy thanks to his impressive form.

Dan McFarland was the head coach and handed the 10 jersey to him for Friday's defeat at Munster.

Humphreys was full praise for Lowry's highly-rated work, but he acknowledged that “things don’t run quite so smoothly” without Burns.

“They are different types players. When the likes [Stuart]McCloskey [James]Hume, or the outside back, is the one who changes with Burns week after week. This just changes the timing and the attack lines. All of it changes.

“Whether Lowry can become a 10 in the future?” Although he's talented, I don’t believe it is fair for him to use him just once.

“If they wish to see him as a long-term 10 and Jacob Stockdale as a 15 in the future, they will have to find a way to get more minutes.

“It's an area where you perform well. You improve the more time that you can spend in it and the more minutes that you can have. A 10 is a lot more exposure.