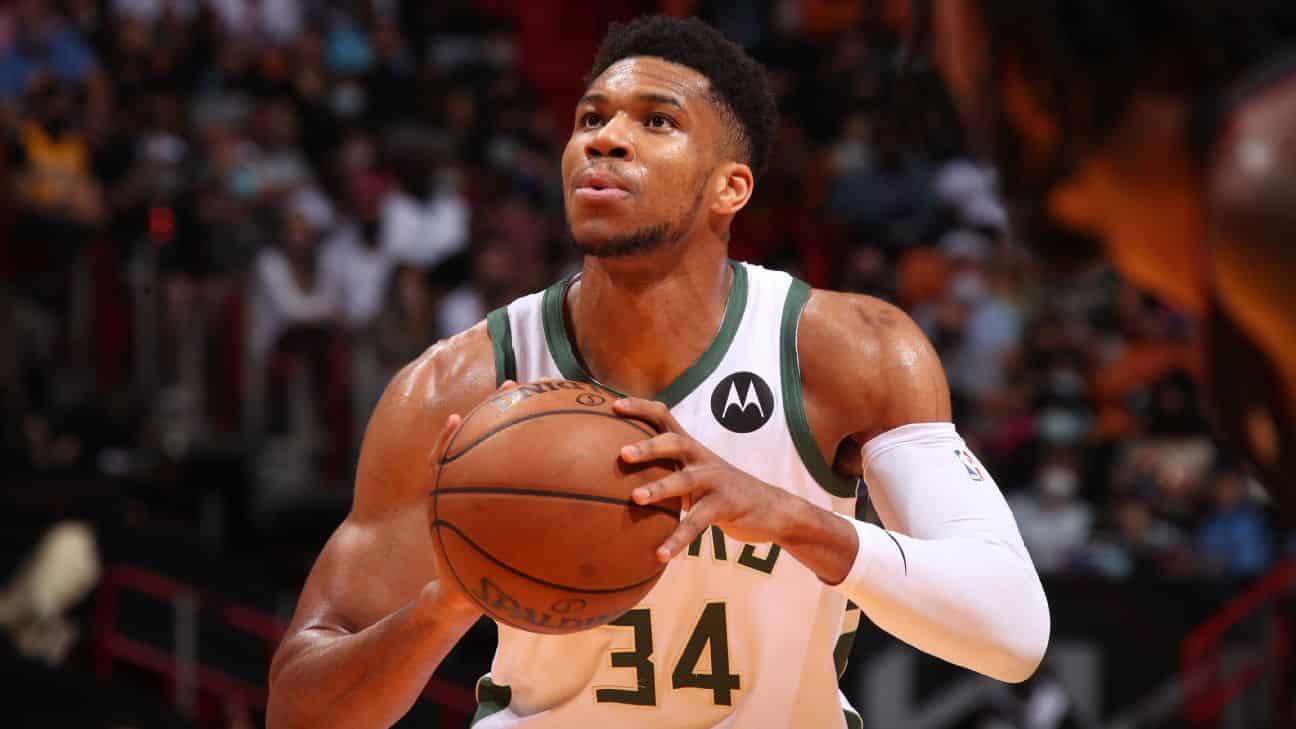 Milwaukee Bucks star forward Giannis Antetokounmpo has been upgraded to questionable for Game 1 of the NBA Finals against the Phoenix Suns on Tuesday, according to the league's official injury report.

Antetokounmpo has missed the Bucks' past two games because of a hyperextended left knee he suffered in Game 4 of the Eastern Conference finals against the Atlanta Hawks.

Antetokounmpo has continued around-the-clock treatment on the knee with hopes of becoming cleared to play Tuesday night, sources told ESPN's Adrian Wojnarowski and Malika Andrews. It is expected that his availability will be a game-time decision.

Bucks coach Mike Budenholzer said Monday that Antetokounmpo was able to do some on-court work separately from the team's afternoon practice, but he was listed as doubtful for the NBA Finals' opening game later that night.

When asked which specific exercises and movements Antetokounmpo was able to do without pain, Budenholzer declined to answer.

Without their two-time MVP in the final two games of the East finals, the Bucks prevailed behind dominant play from Khris Middleton, Jrue Holiday and Brook Lopez.