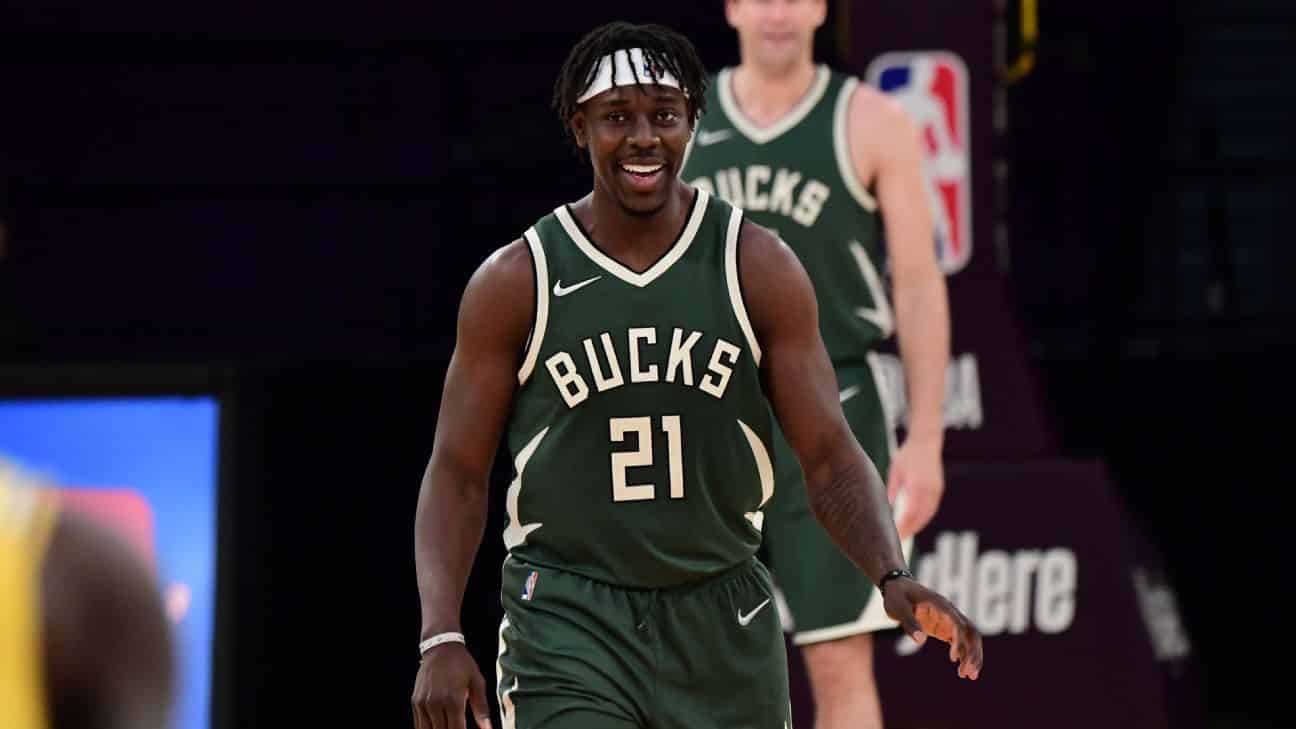 “It means a lot,” Holiday said after receiving the Joe Dumars Trophy, which is awarded to the NBA player who best exemplifies sportsmanship on the court.
“Knowing it came from the players, the guys who go through this with me and put their bodies on the line, train in the offseason, it means a lot.”

Holiday, 30, was one of six finalists chosen by a panel of league executives after each team nominated a single player. He received 130 of 343 first-place votes in the balloting of NBA players.

“It's difficult to put all the adjectives in one sentence,” said Bucks coach Mike Budenholzer.
“He's just thoughtful, considerate, deep thinking, but he plays the game right away and has a toughness and a realness about him that… players all over the league respect.”
Excellent poise.
Excellent personality.
He's only concerned with winning.

“… The guy just makes a difference, and players all over the league recognise, appreciate, and honour him for it.”
It's unique.”