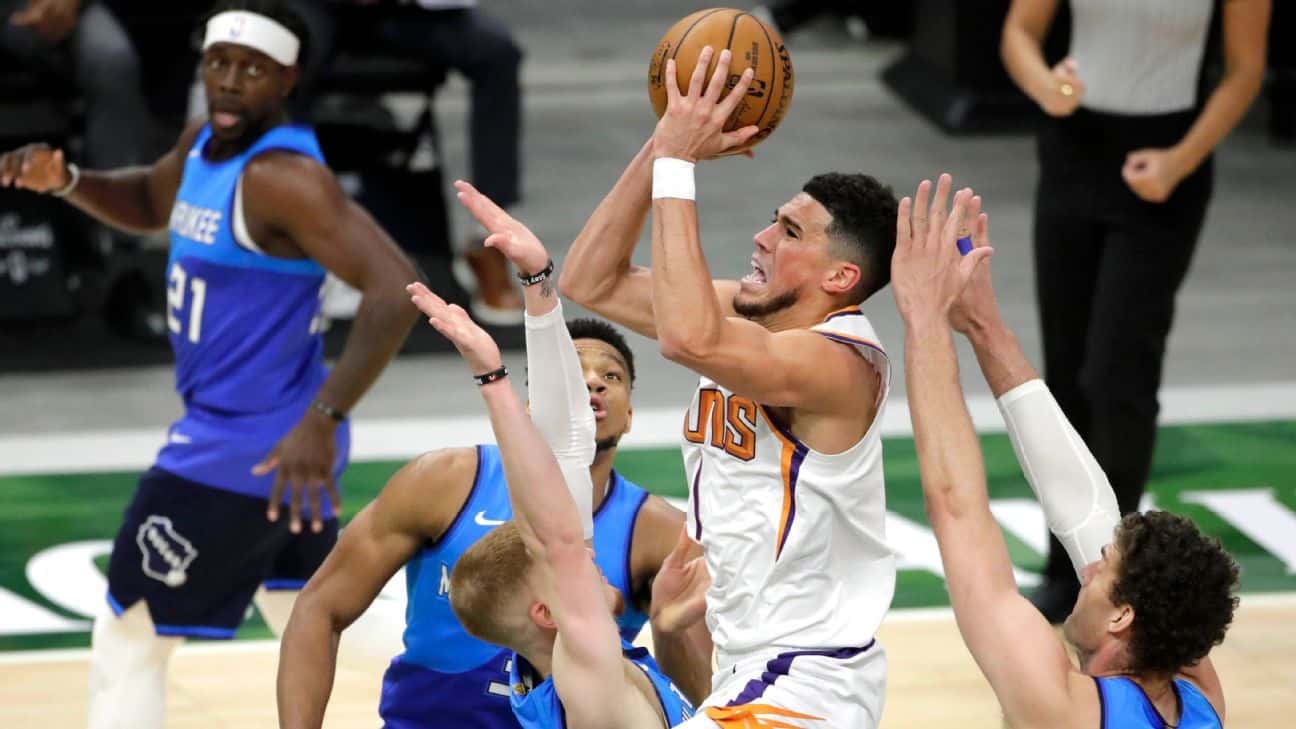 The 2021 NBA Finals feature one of the most unexpected matchups in recent league history. And, at the moment, the Phoenix Suns–Milwaukee Bucks showdown is one of the most difficult to predict.

The biggest reason? Two-time MVP Giannis Antetokounmpo, who injured his left knee in Game 4 of the Bucks' Eastern Conference finals series against the Atlanta Hawks, is doubtful for Game 1. If the five-time All-Star is healthy enough to make an impact on the floor, Milwaukee's chances at its first NBA title since 1971 are boosted.

If Antetokounmpo is sidelined or limited throughout the series, Chris Paul and the Suns could be on their way to the franchise's — and the Point God's — first championship.

Which team will win the title? Which star is the trendy pick to take home NBA Finals MVP honors? Let's take a look at our experts' predictions.

MORE: The signature shots that will define these NBA Finals