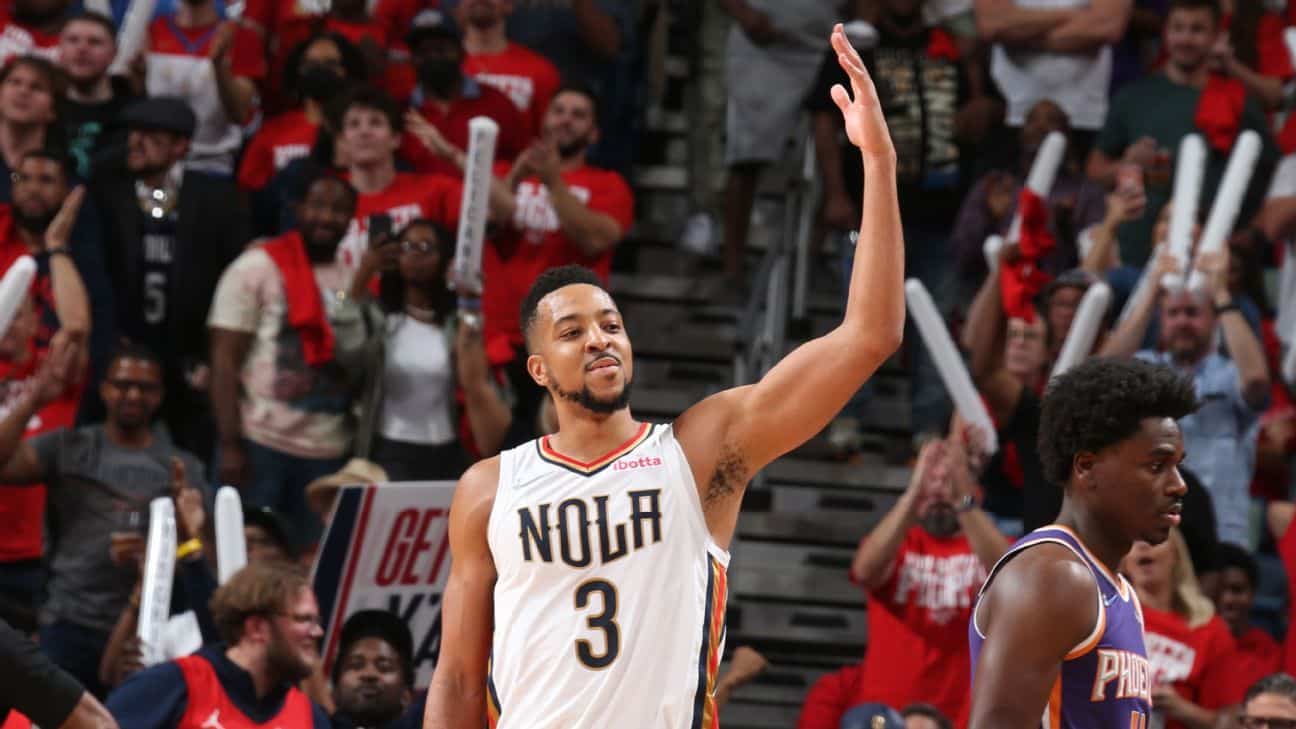 New Orleans President of the NBA Players Association and guard CJ McCollum His busy schedule now includes a position as an NBA analyst at ESPN.

Monday's announcement by the network was that they had signed the Pelicans star on a multiplatform deal. His ESPN debut will take place on Thursday at “NBA Finals Celebrating 75”, which ESPN2 will alternately present Game 1 of the NBA Finals. Golden State Warriors And Boston Celtics.

McCollum received a journalism degree at Lehigh University. He has also appeared as an analyst on ESPN in the past.

McCollum released a statement saying that McCollum was excited to offer his unique perspective based on his nine-years of playing in the NBA. It is an honor to have the opportunity to share my journalism skills with so many talented professionals at ESPN.

McCollum and ESPN will team up to develop a podcast. McCollum will be an analyst for the NBA Summer League games, and he will make some appearances throughout the year on the studio shows.

“CJ, as President of NBA PA, is one of the most well-respected players in the NBA. David Roberts from ESPN, head of NBA/studio production, stated that CJ is an exceptionally talented player and leader of the New Orleans Pelicans. “CJ will bring a lot of benefit to NBA fans with his dedication to this opportunity and passion for sports broadcasting and journalism.”

McCollum was purchased from Portland Near the February trade deadline, he moved to New Orleans. When he joined the Pelicans, he scored 24.3 points per game and helped them to the playoffs.